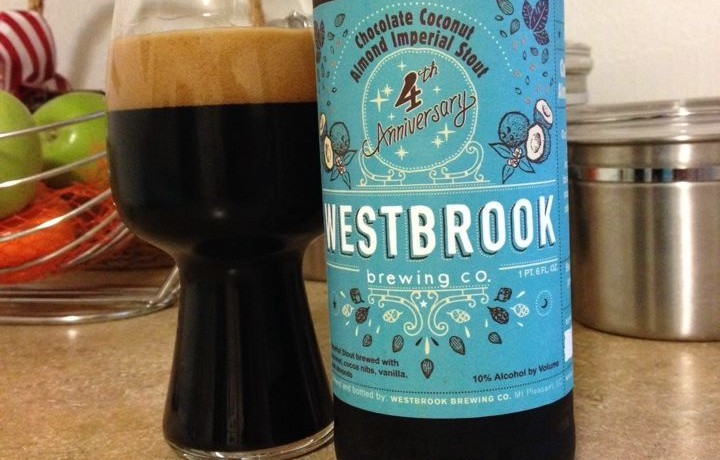 This pours really just as it should, black with a nice dark tan head. The aroma is quite nice on this beer, I am clearly getting all of the elements in the name. Chocolate dominates the smell, but stong notes of coconut and some amaretto like almond as well is present. Very soft and slick, yet still full bodied on the mouth-feel. I might go as far as to call the feel of this… delicate? I was ecpecting a simple but tasty flavor, but this brings some complexity to the table! Some sweet milk chocolate comes out first, and I expect it to take over the taste. It fades to the background though, giving way to a mild coconut and surprisingly potent amount of almond flavor. I’d been told there wasn’t much almond in this so I went in expecting just that, but it is there near the finish (along with a bit of vanilla) and it’s nice and strong. Speaking of strong, that 10% ABV is not very well hidden at this point at all. I’m tasting a lot of alcohol heat on the finish that is mixing with a return to the chocolate, creating a chocolate liquor like finish.

I’m not sure if this will hit the insane expectations some people have for Westbrook at this point, but I thought this was excellent. I’m very happy I have another bottle to age too, maybe some of the alcohol heat will cool out on this one in a couple of years!