Beer Preview: March To The Sea

There may not be an odder pair of breweries in Georgia than Burnt Hickory and Coastal Empire. And they’re coming together for a new collaboration beer called March to the Sea.

Burnt Hickory, the “punk rock” brewery from Kennesaw, recently visited Coastal Empire Beer Co., the laid back “low country” brothers of Savannah to brew a new beer. Although their attitudes in general might seem out of whack, these two breweries have created a strong relationship. In 2014 the guys from Burnt Hickory stopped at the Coastal Empire brewery in Savannah on their way to Hunahpu’s Day in Tampa, FL. Coastal Empire had recently installed the same brewhouse that Burnt Hickory was looking to install themselves. In the craft beer spirit they allowed Burnt Hickory in to see what they were about to get. One year later both breweries have gotten together right before Hunahpu’s Day once again, this time to brew what would be the first collaboration for both. 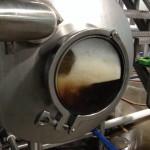 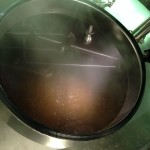 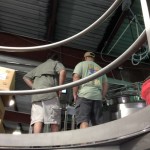 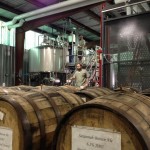 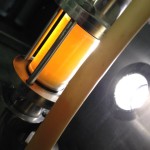 March to the Sea is an American-Style Barleywine Ale that should come in at about 11% ABV. Scott, the owner of Burnt Hickory, was very excited about both the beer and the concept behind it. The name itself, of course, refers to Sherman’s famous Civil War march to from Atlanta to Savannah. Scott said, “Everyone is doing a collaboration these days. If we were going to do one we wanted to have meaning.” There are also tentative plans to do a series of tap releases along the route from the Atlanta to Savannah, yet another clever idea. The beer will be available in 22 ounce bottles and a limited number of kegs when it’s released. There are plans for a couple of barrel aged versions as well.

March to the Sea should be available sometime in May, but an exact release date has not been set. So be on the lookout if you want to get your hands on a bottle or draft pour of this exciting new collaboration!