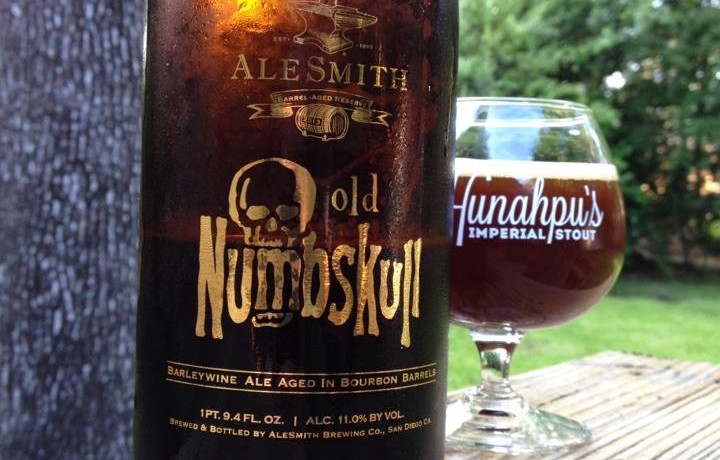 AleSmith Barrel Aged Old Numbskull is an American Barleywine aged in bourbon barrels. This review is for the 2013 vintage, Opened May 2, 2015. I really enjoyed Old Numbskull, the kind of Barleywine I will pick up again the next time I’m in a market that sells it. The Barrel Aged Series version takes this beer to the next level.

After about a couple of years in the bottle this has become a murky toffee brown color, hints of red on the edges with a decent off white head. The aroma is rather mild, getting some muted dark fruits, a little bourbon and brown sugar. The taste in fantastic: mild and smooth, but full of flavor! The bourbon is forefront but not over the top. Big sweet raisins and toffee, hints of ripe orange citrus and mild but bitter hops. The 11% ABV has not faded, it is strong in the finish and warms the gut in the aftertaste.

This really hitting so many of the things I love in a Barrel Aged Barleywine in the taste. I will look forward to having this again in the future someday. 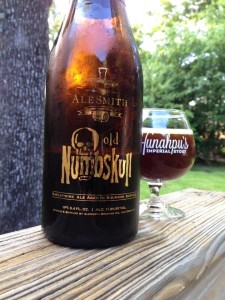