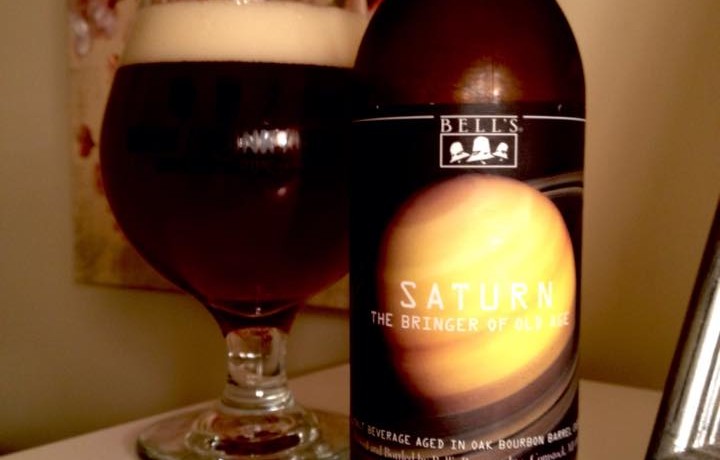 Bell’s Saturn – The Bringer Of Old Age is an American Barleywine aged in bourbon barrels, 11.5% ABV. This is the first beer in The Planet Series that I have some serious expectations about going into it, this is one of my favorite beer styles. Big thanks to Raymond for grabbing me a bottle when he was at the store!

This is a nice looking beer, a bit of a lighter colored caramel color with some red hints when held to the light. The aroma is good, but not as rich as I might like. Getting some toffee, and a little vanilla and boozy bourbon. The taste is fairly sweet, very toffee forward, really nice actually. Add to that some strong vanilla, dry oak, some boozy bourbon and dry and bitter finish.

This should age really well, and if I had a bigger beer budget I probably would grab a whole six pack to experiment with. There are some other barrel aged Barleywines and Old Ales that I like more, but this is well worth at least a bottle or two. 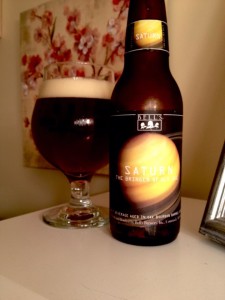