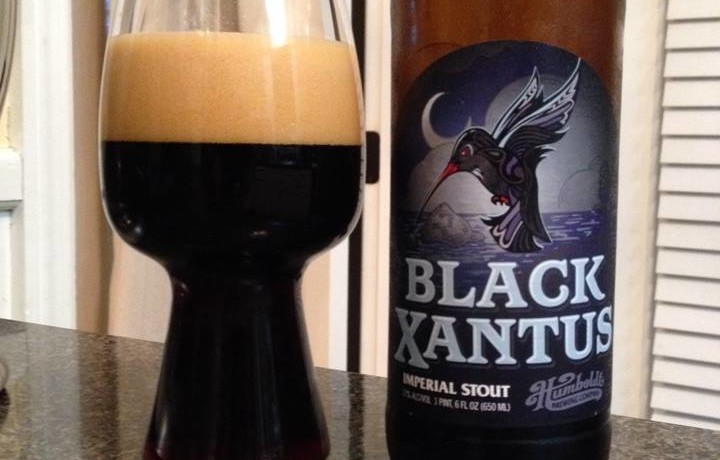 Humboldt Brewing Company Black Xantus is an American Double/Imperial Stout. 11% ABV. Here’s the lowdown on this beer according to their website: Our Imperial Stout is infused with fair-trade, organic coffee from a local roaster, Jobella, and aged for 6 months in a combination of Bourbon, retired Firestone Union and wine barrels.

This appears very dark and nearly opaque but with a bit of caramel brown showing through around the edges. With everything listed in their own description I was expecting a bit more coffee and barrel in the aroma. Getting dark roasted malt and chocolate in the aroma just like you would expect from a non-barrel aged stout. The taste is nondescript sweet with flavors of chocolate, caramel, slight oak and a bit of soy sauce. The bourbon is very understated, I don’t think I would have found it if I wasn’t looking. That Jobella coffee comes in just at the finish after it warms up.

Overall I really like this beer quite a bit, this is a really tasty Imperial Stout. I’m a bit disappointed by the lack of barrel aging and coffee though. I feel like I’m drinking the base beer instead of a barrel aged version. 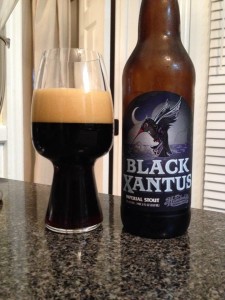