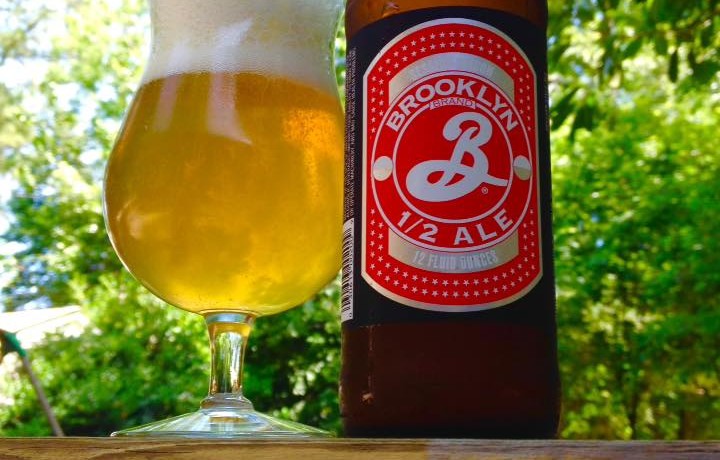 Brooklyn 1/2 Ale is a Saison/Farmhouse,  3.4% ABV. The resurgence of the Saison style over the past 5 years or so has been great for craft beer. I love both the style and the unique take each brewery has on the style. What has been lost is what the beer actually used to be, which is a low ABV beer for the farm hands to drink while laboring during the long summer days. This is one of the those traditional Saisons.

The cap came off with a loud PFFT causing me to be on alert to rush it to the sink. No foam gushed from the bottle, but even my most gentle pour created a giant soft white head. The beer itself is a pretty, slightly cloudy lemon color. The aroma is fantastic: barnyard hay, lemon zest, lime juice and slightly funky Belgian yeast. The flavor is similar with a hit of lemon coming first before an intensely funky yeast strain comes into play. Getting some dry cracker and a return to the lemon zest on the finish. Simple, but flavorful and refreshing.

As I expected the overall sentiment about this beer is pretty average, which is a shame. In its zeal for the next complexity bomb, the modern day craft beer world too often forgets to appreciate the more subtle styles. This beer seems to be one of the most accurate Saisons I’ve had according to what the style originally was. Unfortunately if it isn’t aged in bourbon barrels and 10% or more ABV, it isn’t worth at lot of people’s time. 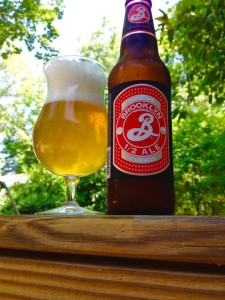