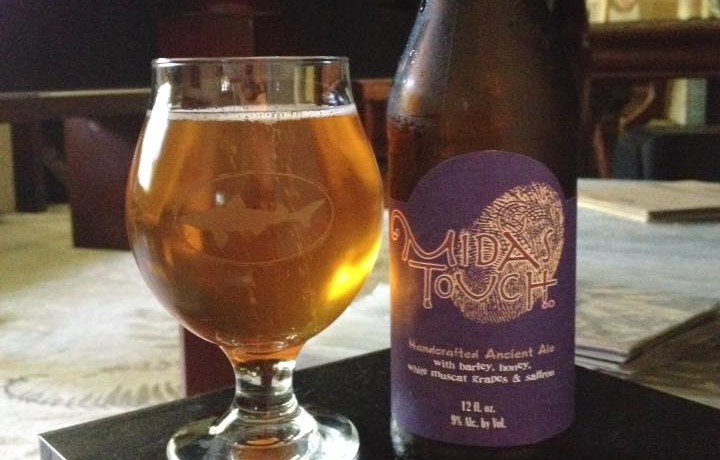 Dogfish Head Midas Touch is a Herbed/Spiced Beer. This was the very first in the now epic Ancient Ale Series from DFH. It is made with ingredients found in 2,700-year-old drinking vessels from the tomb of King Midas. Brewed with barley, honey, white muscat grapes and saffron, 9% ABV.

The aroma and appearance are a bit more Mead like as opposed to Beer. This pours with a clear medium golden color and a quickly disappearing white head. Unlike a Mead the head does slightly cling to the edges of my glass after it recedes. The honey dominates the aroma making me think ol’ King Midas was drinking a lot of golden Meads! The taste has an interesting combination of Mead honey, White Wine grapes, and Beer carbonation. This is one of the least beer like beers I tend to pick up fairly regularly, but the bottom line is this: This. Tastes. Good.

I feel like this is the most versatile of the DFH Ancient Ales. It will appeal to so many drinkers and is a great beer to serve with a nice entrée or dessert. I can also attest to the fact that Midas Touch is often the perfect night cap! 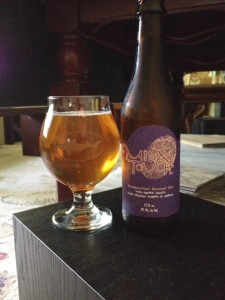