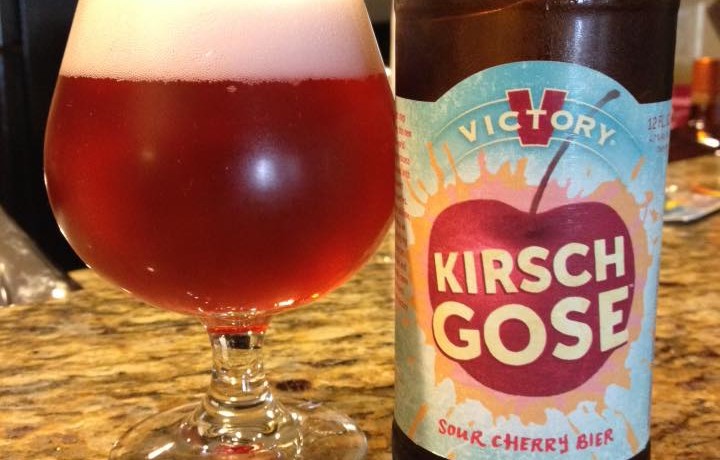 Victory Kirsch Gose is a Gose, or as the label says it’s a Cherry Sour Bier, 4.7% ABV. This is a Spring seasonal that I never saw in Savannah, but I grabbed the last bottle in the house at Knightly Spirits in Orlando when I stopped in to do a little summer beercation shopping!

This pours with a nice red/pink color and a pinkish white head. I was expecting a cherry bomb in the aroma after seeing the appearance, but it is actually more like a tart sour ale. Just the slightest hint of cherry on the nose. The taste is a very nice balance of sour ale and cherry fruit beer. I get the tart first, only mildly sour and very approachable. The fruit comes in after that, it a nice cherry sweetness, but does have a slight cough drop quality to it. Just as I thought it was going to be lost there is a bit of saltiness right there in the finish.

I was afraid his was going to be too sweet without enough of the Gose coming through but I was wrong, this is well balanced and very enjoyable. 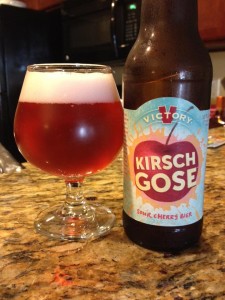