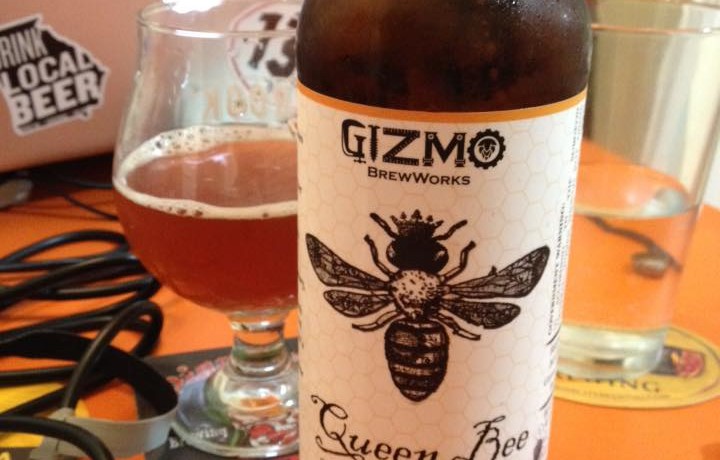 Gizmo Brew Works Queen Bee is a Bourbon Barrel Aged Imperial Honey Wheat, 9% ABV. This is the breweries 2nd Anniversary Ale. Thanks to Kevin for the bottle!

The brewery defines this as an Imperial Hefewiezen but it looks like a Wheatwine to me. The pour is fairly dark for the style with a strong orange hue, not too much in the way of a head. The aroma has a lot of honey, surprisingly mild bourbon and a sweet candy thing that reminds me of a Pineapple Now and Later. The taste is sweet with a good bit of honey and a bigger bourbon element, but it is still a bit milder than I expected. It has a strong alcohol taste without being too boozy. This drinks like a combination of a Mead and a Wheatwine.

Not overly complex, but not in a bad way. This would be a great bottle share beer to break up all the big stouts that are usually shared. 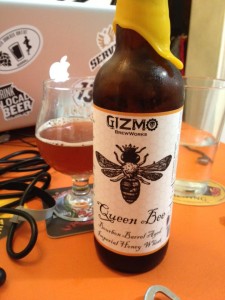