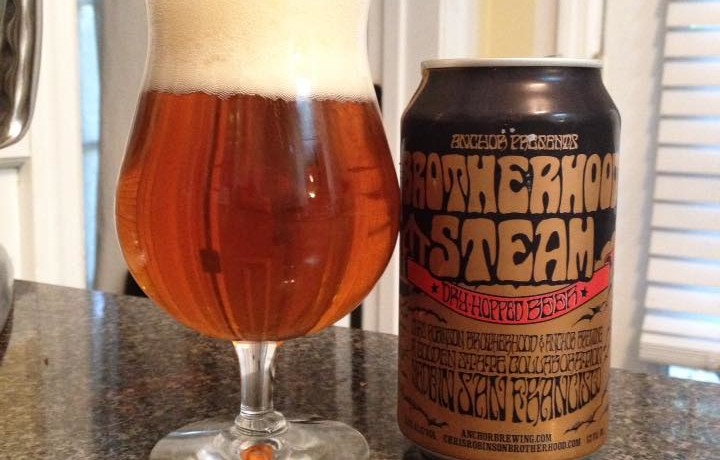 Anchor Brotherhood Steam is a collaboration with Chris Robinson of the band Chris Robinson Brotherhood (former front man of The Black Crowes). Although this comes in a fancy new psychedelic can, there doesn’t seem to be much new to this, basically it’s just Anchor Steam dry hopped with Citra and Nelson Sauvin hops.

It’s been a while since I’ve had an Anchor Steam, but this does seem to be fairly unique. The beer pours with a lovely reddish amber color, amazing off white head that lingers until the end. I was expecting a bit more hop aroma from this (no date on the can, but it has just recently shown up here in Savannah) but it’s a bit more malt forward on the nose. Sweet toffee notes with just the slightest hint of citrus hops on the aroma. The taste does resemble Anchor Steam but it’s a bit richer and fuller, more pronounced caramel notes, and a little bit of sweet citrus hops right there at the finish.

I have to admit the differences between this and Anchor Steam are far greater than I expected. Brotherhood is a nice change of pace, but Anchor Steam is truly one of my favorite lagers of all-time. 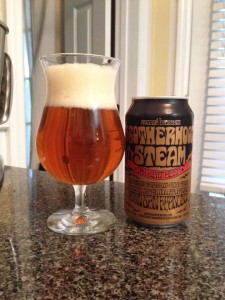