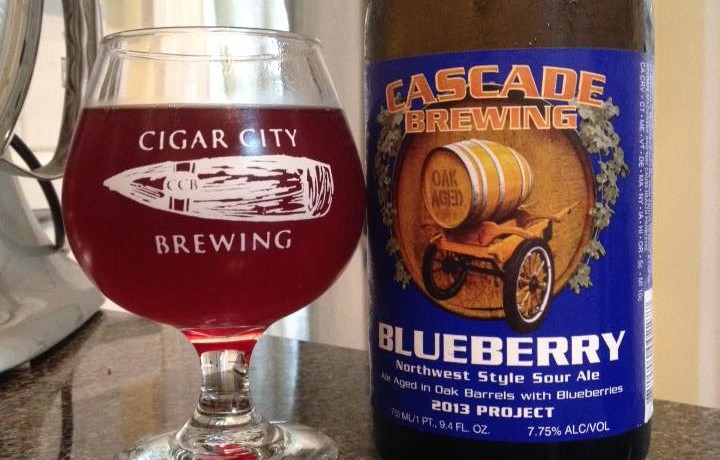 Cascade Blueberry is an American Wild Ale, 7.75% ABV. This review is for the 2013 vintage aged approximately 2 years. From the bottle: This NW style sour ale blends wheat and blond ales that were oak aged in barrels for up to eight months before aging on fresh blueberries for an additional three months.

This beer pours with a natural blueberry purple color, the head is fizzy and gone in a matter of seconds. The aroma is dominated by the oak barrels this was aged in, woody and earthy with mild hints of blueberries and sour funk. The taste brings in some lovely sour ale characteristics. A rush of pure sourness coats the tongue, which is followed by some serious funkiness. Fermented fruits come to mind with a strong alcohol presence that is mixing with some intense yeast funk. The finish has a fantastic natural blueberry flavor that is holding on strong after a couple of years.

Overall this is an outstanding ale (A lot of breweries would love to make a sour this good), but in comparison to the other Cascade beers I’ve had… this for some reason just isn’t quite as good for me. 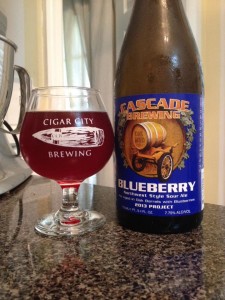