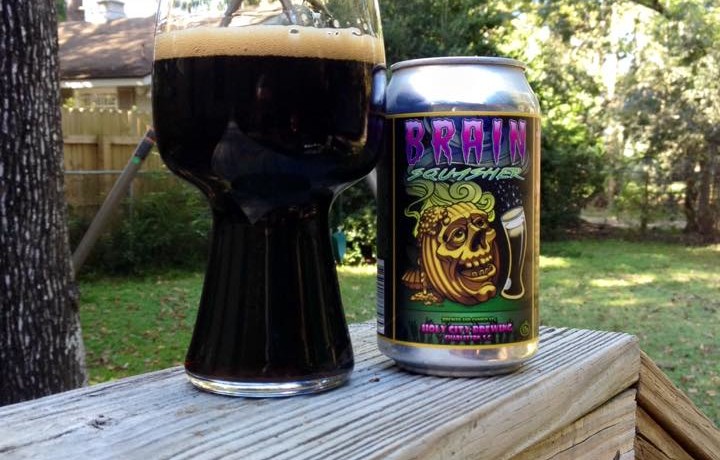 Holy City Brewing Brain Squasher is a 7.5% ABV Pumpkin Stout that is not only brewed with your typical pumpkin and spice, but it also add the extra element of locally grown Brain Strain hot peppers.

The beer pours a nice dark color, nearly opaque apart from a bit of light caramel color around the edges, an average head that settled quickly. Excellent aroma of sweet roasted malts, mild pumpkin, some cinnamon and nutmeg. A really nice pumpkin stout on the nose. The peppers, which were absent in the aroma, come into play immediately in the taste. Big smokiness in the taste that is really a bit too dominate for my taste. There is a consistent sweetness as the baseline, but I’m really not getting much of anything that says pumpkin ale in the taste. (Maybe just a hint of pumpkin comes out after it warmed considerably) Not that this tastes bad or anything, I like a smokey stout and this one is not too shabby at all, I just want a bit more of the pumpkin ale flavors to come out as well.

Well worth a try, but I wouldn’t grab this to fill your pumpkin ale needs this season. 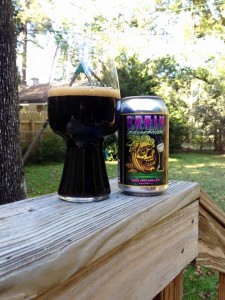