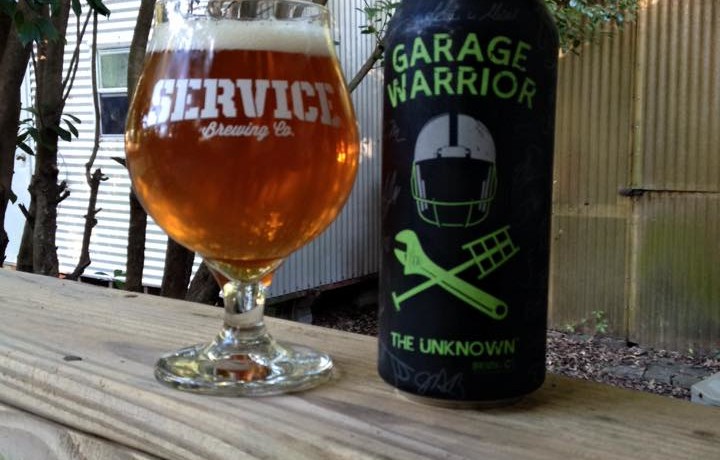 The Unknown Brewing Co. Garage Warrior is an American IPA, no ABV printed on the can (listed as 6.2% on untappd). This is one crazy beer! Brewed in collaboration with about 70 or so homebrewers who were all brewing at the same time! Each brewer got the same malt bill and added their own hop additions which was then blended and fermented. This beer has somewhere around 280 hop additions. Nuts.

The beer pours with slightly hazy golden color, a nice white head to start. The aroma is super dank with a big pine resin, some onion and a bit of citrus. The taste follows suit pretty much exactly, strong onion and resin leads things off followed by some tasty notes of orange. There’s some cracker malt hiding in the background, but this is a mega hop bomb. Not just a novelty idea here, the beer is actually rather good.

I just can’t get over how crazy this must have been to actually pull off, nice work on this “super collaboration”! 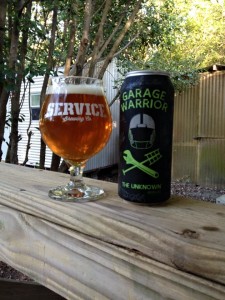