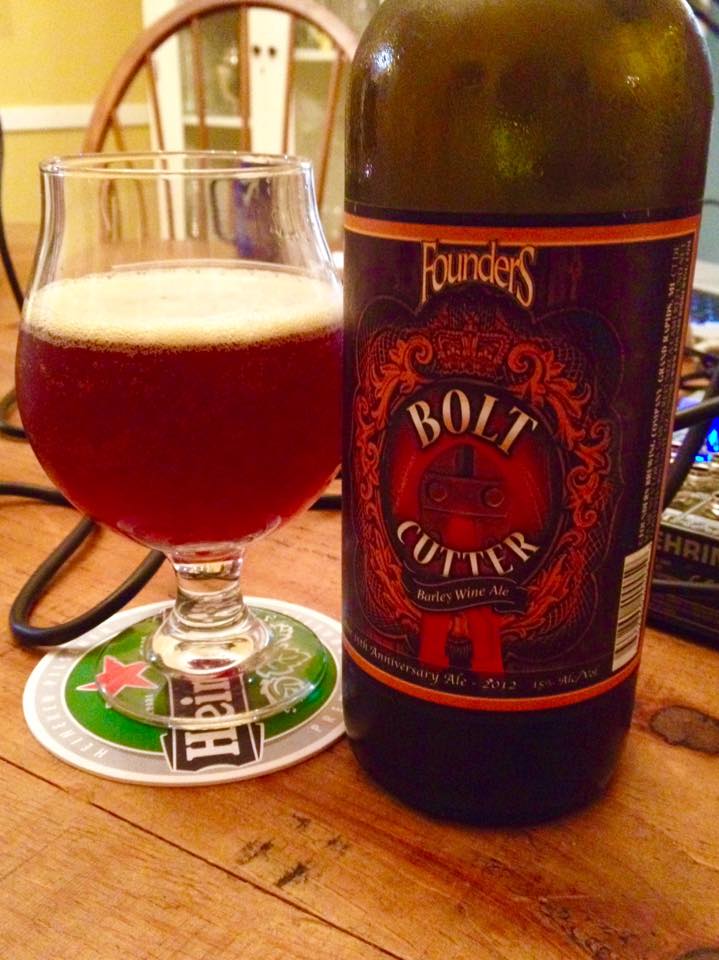 Founders Bolt Cutter is an American Barleywine, 15% ABV. This beer was their 15th Anniversary Ale, released in 2012. Portions of the beer was aged in bourbon barrels, some in maple syrup-bourbon barrels and some not at all. The beer was then aged for an additional four months in kegs and bottles before being released. I had been sitting on this since it came out waiting for a time to share it, and it turns out Raymond was the lucky guy. We opened this on Episode 93 of our BDR podcast!

After three years this looks about how you would expect, it is a cloudy copper color and poured with a just a little bit of head. The aroma still has some strong pungent hops which is balanced nicely with a good amount of carmel/toffee sweetness, hints of the maple and bourbon barrel as well. The taste brings in a ton of sweet toffee, big pineapple and once again a surprisingly strong hop presence on the finish. Also stunning is the still intense alcohol heat and taste. I am finding it hard to imagine how boozy this must have tasted fresh if it is this big now.

A lot of mixed reviews of this beer, mainly due to all the alcohol that comes through, but looking past that this was a fantastic treat after three years of age. 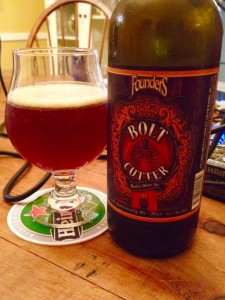