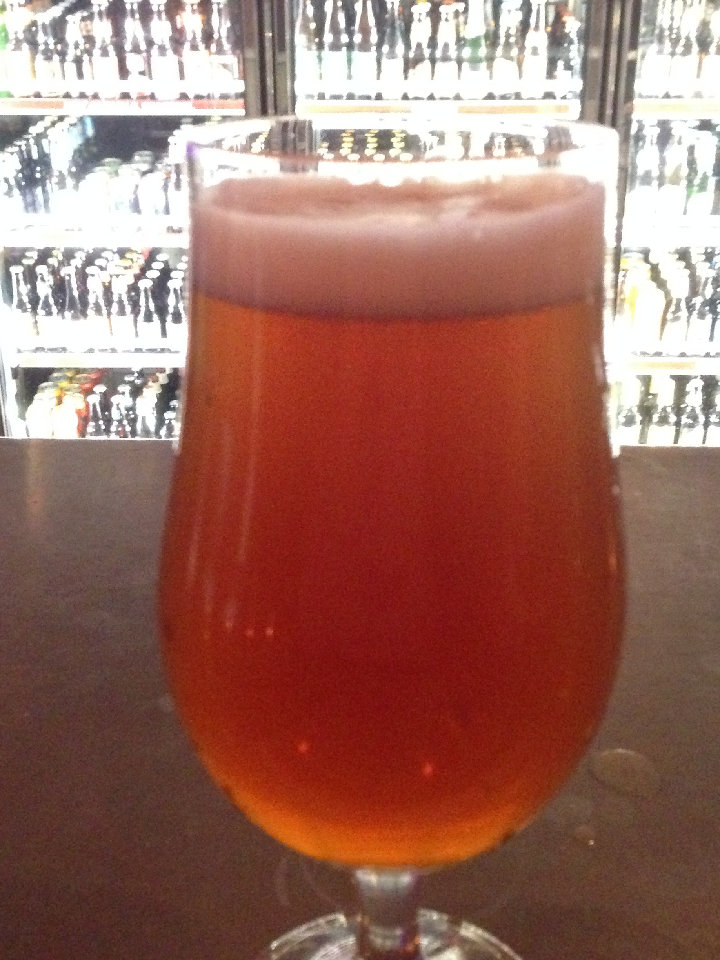 Ned Flanders isn’t just a Simpsons character, it’s a beer too! Full Pint Brewing Ned Flanders is Red Flemish Ale aged on oak Pinot Noir barrels, 5% ABV. This is apparently a one off beer, part of Full Pint’s “Nerd’s Reserve Series”. I picked this up at The Beer Market on a recent trip to Pittsburgh.

The beer is a draft only beer, and was served in a 12 oz. tulip glass. It poured with a nice copper-red color with some yellow peaking through in places. It had an inch head when poured that lingered for a while. While there wasn’t much going on in the nose the taste was complex. It started with a little tartness that holds on despite the oak barrel bitterness that follows. The oak doesn’t overwhelm and turns into a nice pinot end.

Start to finish there was a lot going on in Ned Flanders. I was really happy to have seen this lone sour on the menu at the Beer Market and it didn’t disappoint.