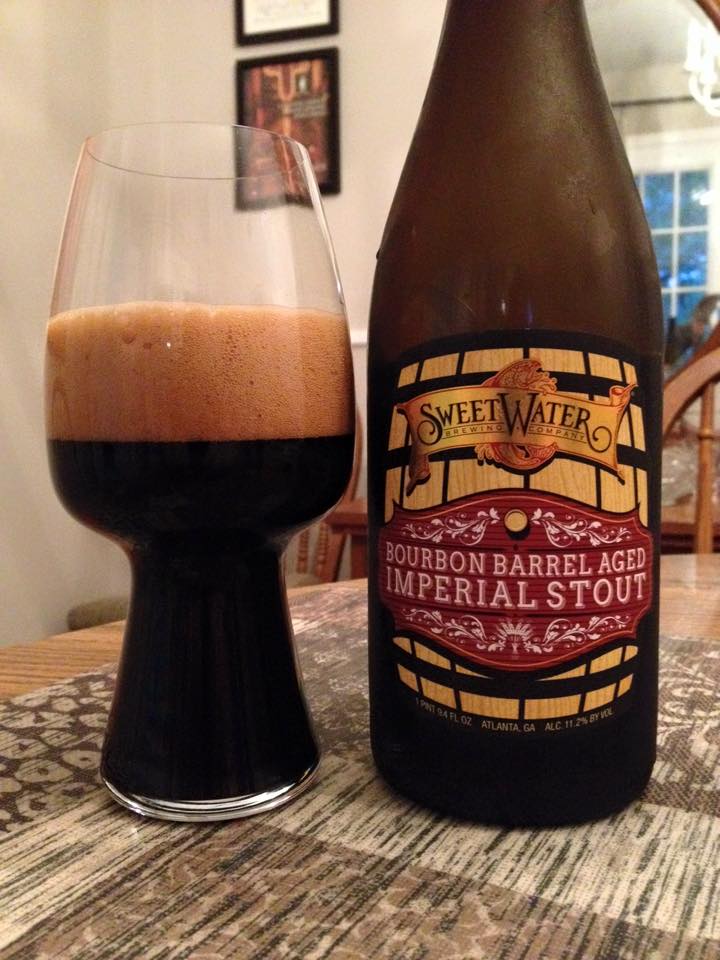 This pours almost pure black with some nice cola color just along the edges, big dark tan head from a fairly normal pour. A lot of bourbon on the nose, some oak and subtle sweet molasses as well. The taste at first is sweet with milk chocolate and vanilla before a big dose of dry oak and some muted roast hits the palate. The bourbon is there, pretty big actually, but fails to dominate the other elements of the beer. A little cherry sweetness comes in at the tail end along with some burnt caramel. The taste is a little jagged around the edges overall, but the flavors that are here are excellent.

I’m not sure if holding on to this limited release will pay off much in the long run, I’m glad I opened this sooner than later. 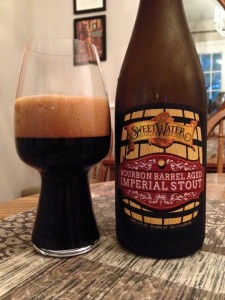