December brings the dry season to the Guanacaste region of Costa Rica. What was only days before a lush, green, sub-tropical jungle quickly turns slightly less appealing as everything is cast under a light brown haze. This year, for the first time ever, locals and tourists in one of the country’s most popular surfing and yoga destinations were able to wash away all of that bothersome dust with the town’s very own beer festival.

The inaugural Nosara Craft Beer Festival (info) was held on Saturday, December 5th. The Gilded Iguana, a boutique hotel a few dozen meters from the Pacific Ocean with a large courtyard, hosted the event as a fundraiser for Nosara Animal Care. The turnout for the event was sizable, showing that this sleepy beach town can support a first-rate small beer fest.

Nine breweries were represented, almost all native to Costa Rica.

For an initial event, the festivities were well planned and managed. Ample water was available, the vendors all had brewery staff in attendance to answer questions and the live music and raffle drawings complemented but never distracted from the main event, the beer. 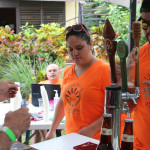 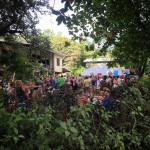 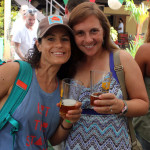 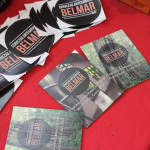 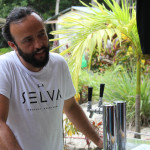 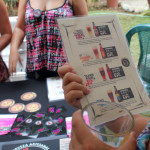 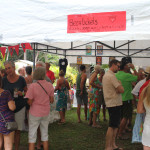 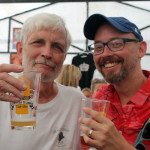 Belmar brought a stout (an unexpected but welcome addition to the light-ale heavy fest), pale ale and a Citra dry-hopped IPA.

Tierra Fertil was unknown to me before the fest and they stole the show with their 8% ABV, robust Agazapada, an ale brewed with honey. It was rich and creamy, masking the alcohol with a natural sweetness.

The Nosara Craft Beer Festival was an unmitigated success judging from the high turnout and respectable selection of beers. Cheers to the organizers and a heart-felt request to put it on again next year.