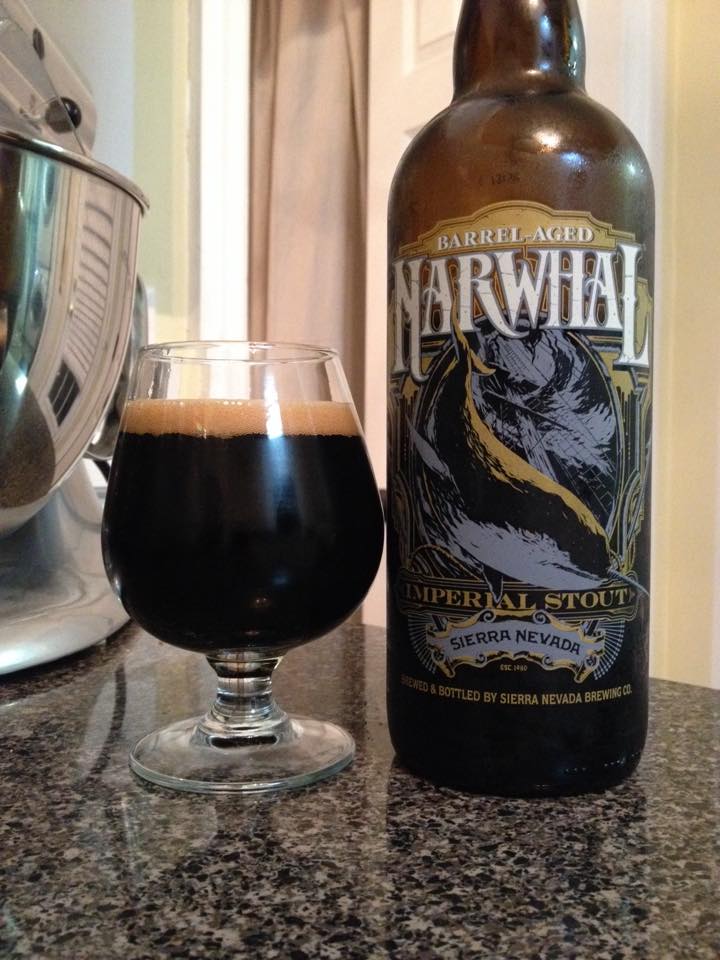 Sierra Nevada Barrel-Aged Narwhal is a Russian Imperial Stout aged in Kentucky bourbon barrels, 12.9% ABV. I totally forgot I had a 2014 bottle of this sitting in the cellar until I saw this year’s bottle hit store shelves. So aged about one year then?

The beer pours with a nice, thick dark color, a little bit of head and maybe a tad under carbonated given the weak pop from the cork. Well this certainly smells like Narwhal, it actually has only a little bourbon on it at this point, it could have been stronger fresh. Yup, bourbon in the taste for sure. I actually like what this is adding to the base beer. A good combo of roast, bourbon, licorice, chocolate, raisin and just a hint of coffee. There is also a strong alcohol taste in there as well. What this lacks in the aroma department it gains in the taste. Smoother than the regular, this has aged well even if it is different than it might have been fresh. The lower carb is working for me as well, not an overly dense beer which works well with fewer bubbles.

Not on par with some of my favorite Barrel Aged Imperial Stouts, but nothing to shy away from. This is an excellent offering. 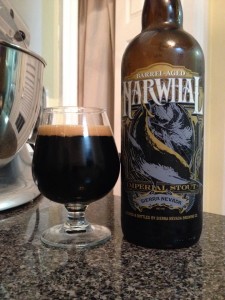