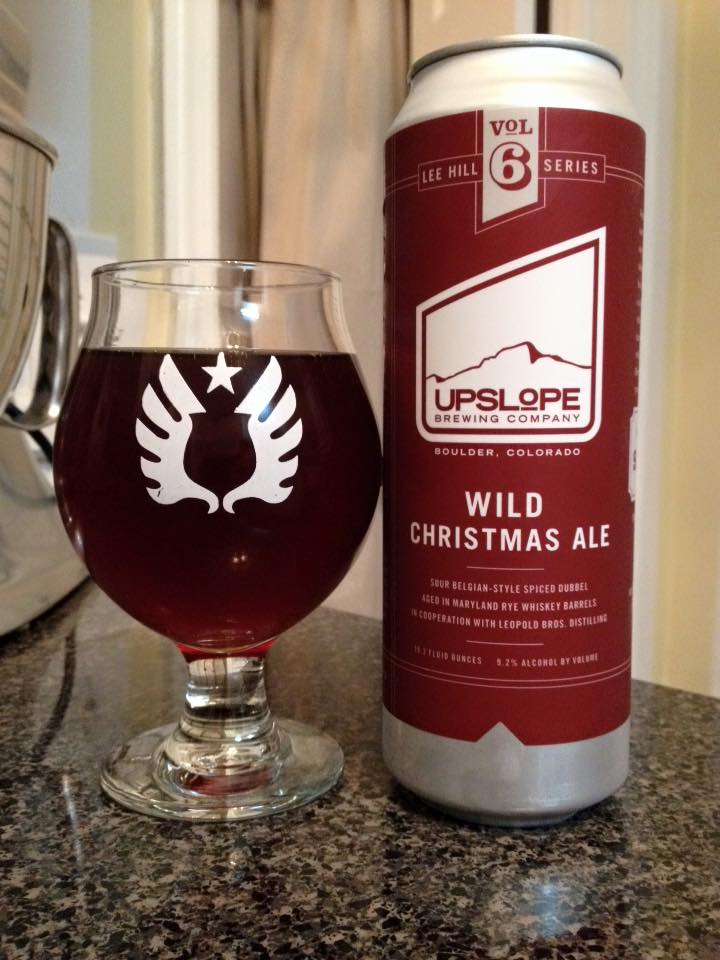 Upslope Brewing Company Wild Christmas Ale is an American Wild Ale, 9.2% ABV. The base for this beer is their Christmas Ale, a spiced Belgian style Dubbel. That beer is then aged for ten months in Leopold Bros. Maryland Rye Whiskey Barrels and house sour culture.

The beer pours with a slightly hazy ruby red color, and a head that evaporated almost immediately before my eyes. The aroma is odd, but enjoyable. The spicing has become a bit medicinal with a hint of menthol, I’m also getting notes of cherry and a good strong whiskey smell as well. The taste is nice even if this hardly resembles a Dubbel anymore. A small hint of dark fruit is all that remains from the original Christmas Ale. I’m tasting fermented cherries, rye whiskey, dry oak, and a mild vanilla finish. Tart but, not overly sour.

I had no idea what to expect from this beer. The original Christmas Ale is an solid offering, but this barrel treatment took things to a whole different level. Complex and unique, this is worth a try if you see it. 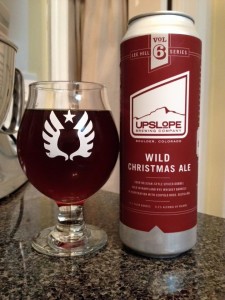