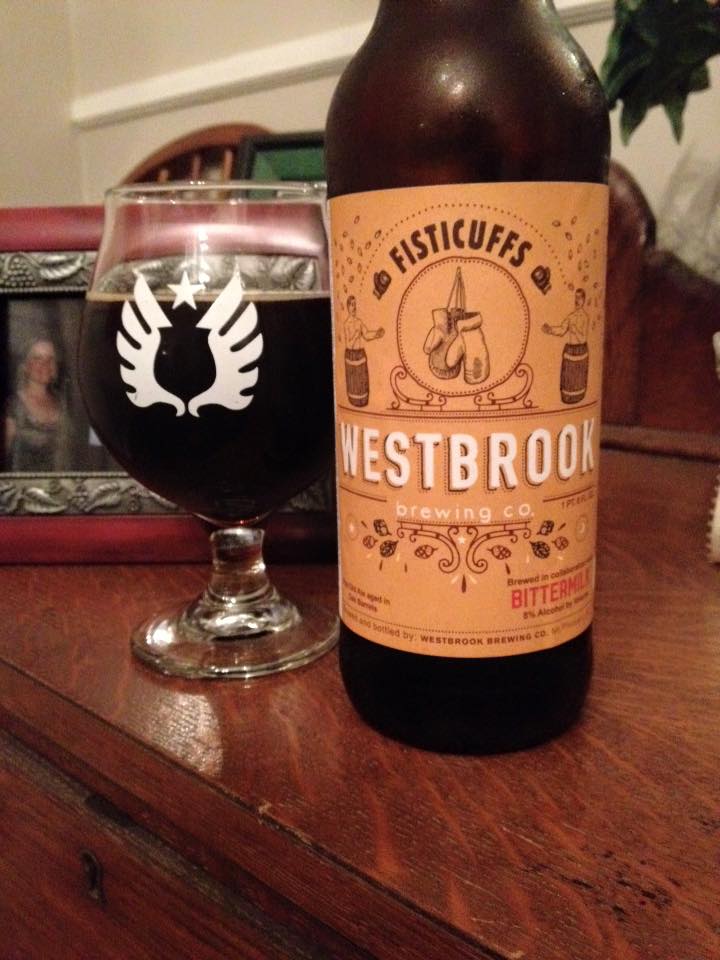 Westbrook Fisticuffs is a Rye Old Ale aged in Bittermilk Old Fashioned Barrels. Bottled on 1/2/15, opened on 11/31/15, so pushing about a year of age, which according to the bottle is about the max you should hold on to it.

This pours with a dark brown color with a slight bit of red, kind of like prune juice. Not much of a head, with just a small ring around the edge after a few minutes. This is one fine smelling beer, getting a bunch of raisins, brown sugar, some cherry and nutmeg and a decent amount of boozy bourbon and hints of orange. Another beer I could sit here and just smell for hours. The sweetness impresses me at first, slick and sugary with dominate notes of caramel. A wave of spices comes into play next recalling the amazing aroma, cinnamon, nutmeg, sweet orange zest, a dash of cherry. A strong amount of spicy rye whiskey and alcohol burn round out the flavor on the back end. This is a lovely sipper, and it is rather unique in the way it captures the idea of an old fashioned cocktail.

Big thanks to Rudy for selling me one of his last bottles of this, another outstanding beer from Westbrook! 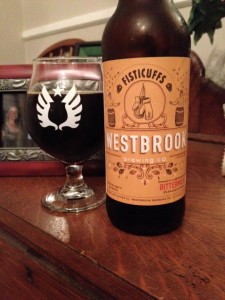