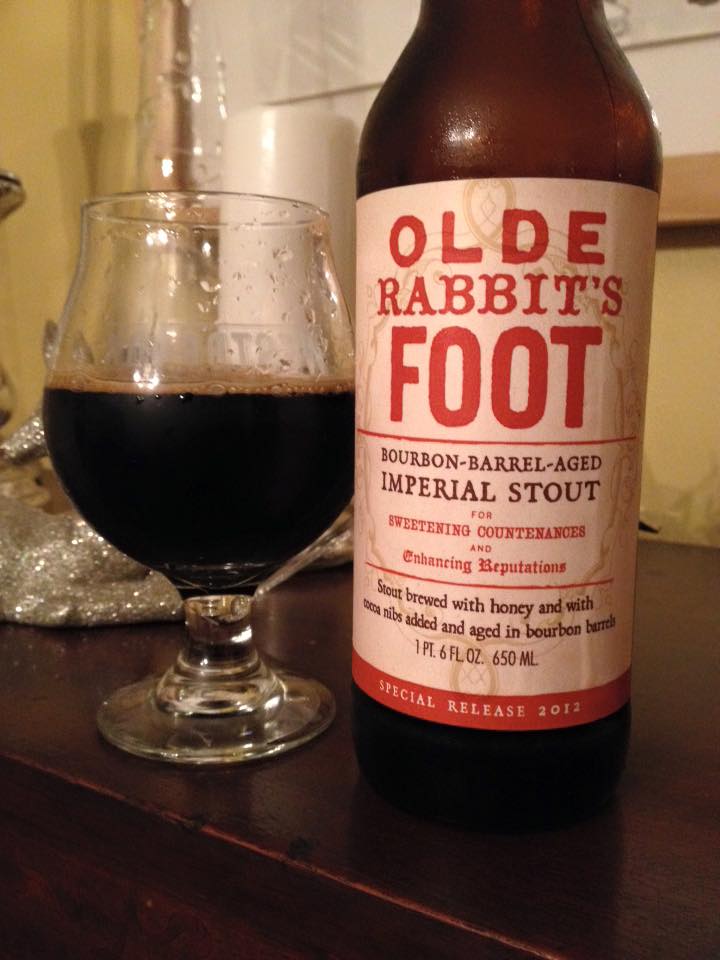 Olde Rabbit’s Foot is an American Double/Imperial Stout. 9.6% ABV. This review is for the 2012 vintage. Olde Rabbit’s Foot is a collaboration between Foothills, The Duck Rabbit & Olde Hickory where each brewery contribute the wort from their signature imperial stouts. The combined brew is then aged in bourbon barrels with honey and cocoa nibs.

This pours with an expected dark color, not a ton of head probably due to both the time it’s been aging and trying to split the 22 ounces equally into three glasses. The aroma at this point is exceptionally candy sweet, but it still has some of the presumably once strong bourbon on the nose. The mouth-feel is a bit thinner than I wanted, but the flavor has a good bit of complexity. The taste starts with all things sweet; honey, molasses and sweet bourbon. A dark chocolate covered cherry like tartness appears, it is unexpected but doesn’t taste out of place. There is a nice bit of dry chocolate and bitter hop bite on the finish. The alcohol heat is certainly something that hasn’t aged out of this one, this beer is drinking more like a 15% Imperial Stout.

A slow sipping stout that is still worth seeking out if your a trader who wants to tick this one, I’d drink it quick though. 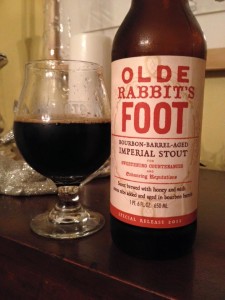