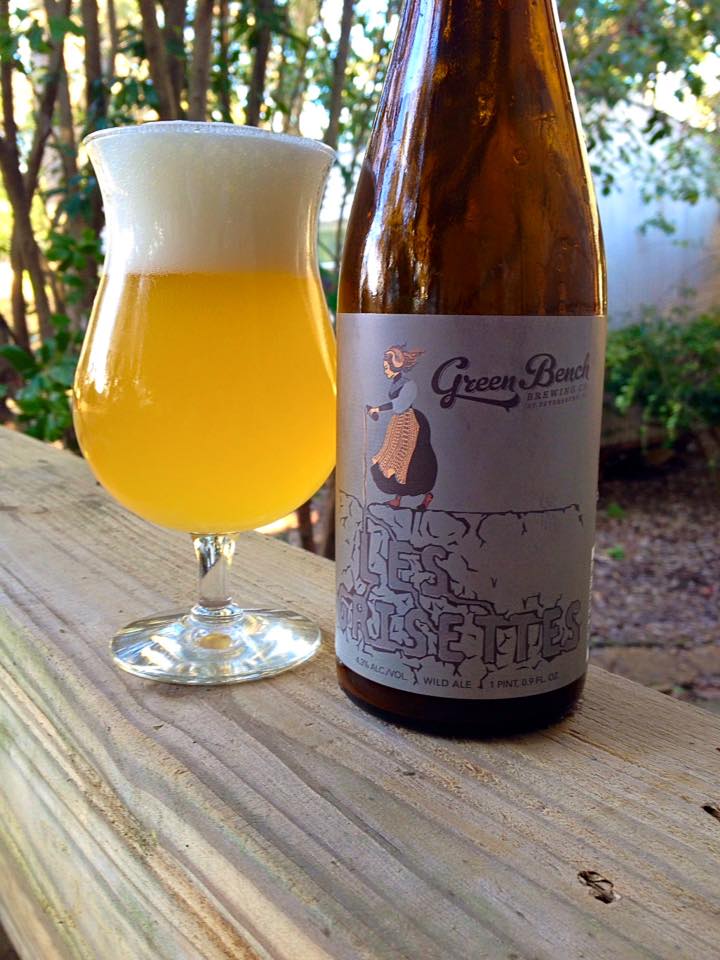 Green Bench Les Grissettes is a Saison/Farmhouse Ale, 4.3% ABV. This is from the website: … Les Grisette is a traditional style farmhouse ale brewed with Spelt, Buckwheat, Rye, and Oats, fermented on our house mixed culture of wild yeast. Grisettes were originally brewed for coal miners in the Hainaut region of Wallonia, Belgium. The name refers to the “gray” garments the women wore that delivered the beer to the miners. They were known as, “Les Grisettes.”

Holy smokes, we have got a serious gusher here; this yeast has gone wild!! What didn’t end up going down the kitchen sink actually looks really nice in the glass, a cloudy golden yellow color and a big fluffy white head. The aroma is dominated by the yeast funk upfront, but there are some subtle notes of hay and lemon zest. This is pleasantly dry on the taste with some sweet lemon to start. The flavor proceeds to a funky and earthy place thanks to the yeast, while some of the grain bill comes out with some dry bread and cracked pepper. The malt bill is also providing a bit of heft to the mouth-feel, and I am pleased to find the carbonation is actually pretty spot on after the fountain of beer that initially greeted me.

Well worth a shot if you are into the more barnyard type of Saison funk. Given the quality and the price point, this is the kind of beer I’d throw in as a trade extra quite a bit! 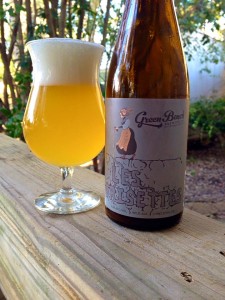