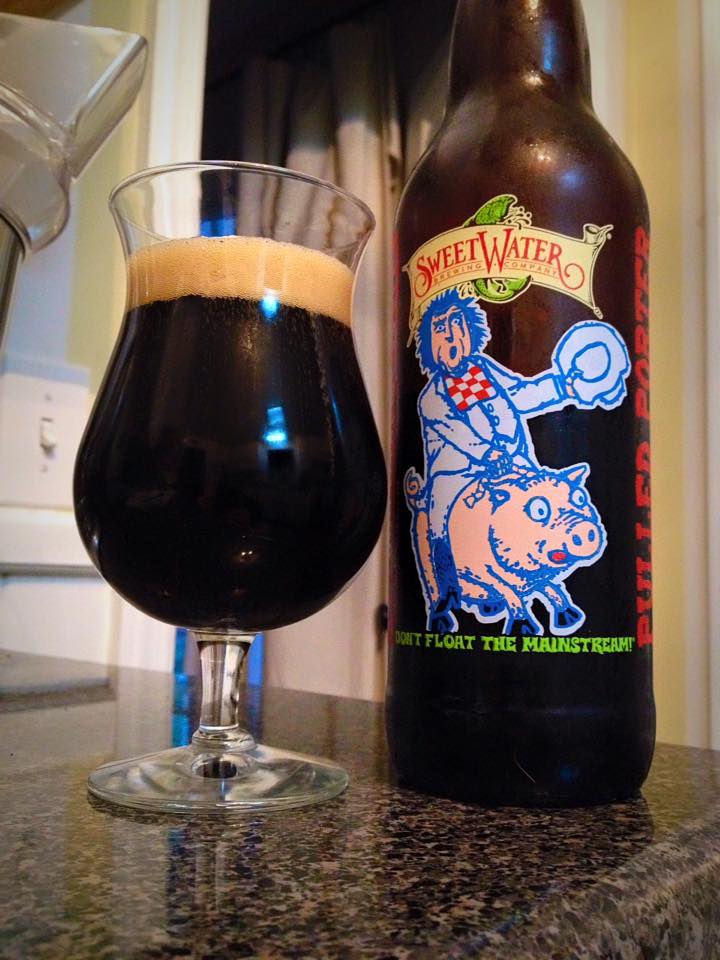 Sweetwater Dank Tank Pulled Porter is an American Porter, 7.7% ABV. This quote I found on the internet sums up this beer pretty well: Over the course of three days, the crew from Fox Bros. smoked one ton of malt on their wood-burning Lang smokers, using nothing but hickory. Bennett Hollberg helped the brothers hotbox the parking lot (we couldn’t believe it either) and said “Each batch of malt smoked for 5 hours at 250 degrees to get a nice toast and plenty of good smoke without burning it.” To add that extra bit of oink, we tossed racks of bacon in the smoker to infuse the smoking malt.

This Smoked Porter pours with dark brown color with a good bit of red shining though when held to the light. The aroma is sweet and smokey with notes of molasses and brown sugar, a good bit like a sweet/smokey BBQ sauce. Does this beer taste like bacon? Even if some of the bacon added to the smoking process technically made into this beer, I’m going to say no. I do think it added a richness to the freshly smoked and sweet chocolate malts that are dominate in this beer. The brown sugar I got in the aroma certainly comes through in the taste as well. This is a tasty but less than complex Porter, and the mixture of sweet and smokey gets to be a bit too much after a while. This is a good one to share.

This will get compared to Funky Buddha’s Maple Bacon Porter for sure, but I feel like they are two different takes on the “Bacon” beer. While one is recreating a big pancake breakfast with bacon and coffee, this one is a gut busting Southern lunch! 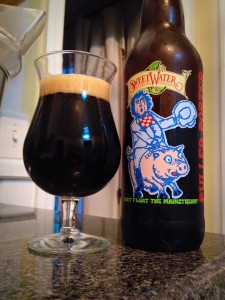