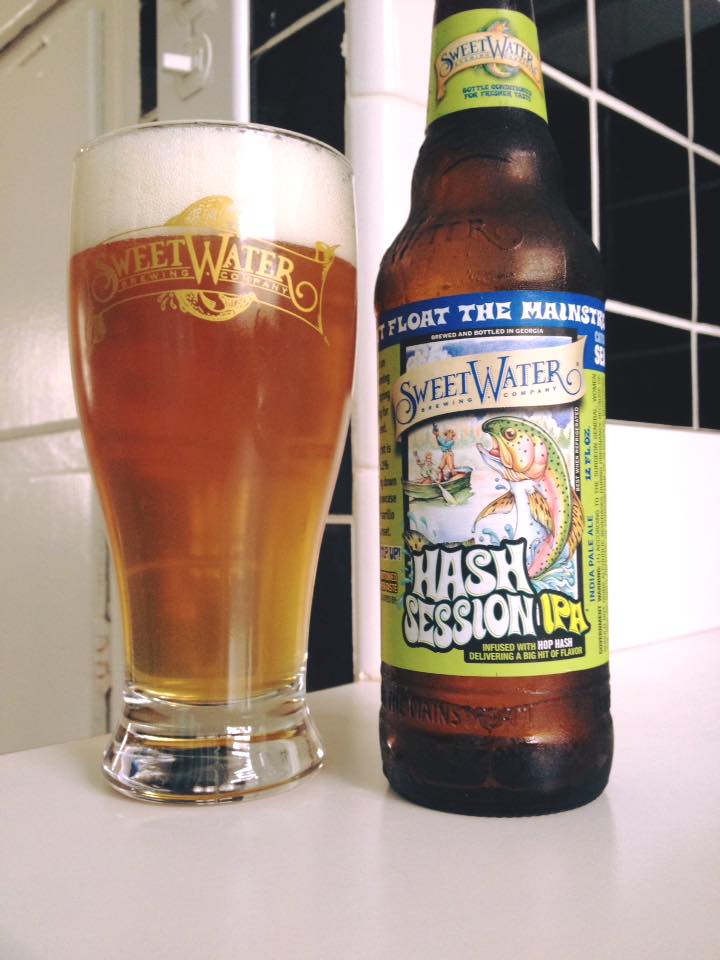 Sweetwater Hash Session is an American IPA, 4.2% ABV. This appears to be a session IPA take on the much higher ABV Hop Hash. Hash Session features an Amarillo hop hash dry hop as opposed to the hash blend found in Hop Hash. Enjoy by date of 05/09/16.

This pours with a hazy golden color with some yellow tones to it, decent off white head on top. The aroma has a fantastic bright citrus to it with notes of orange, tangerine and lemon zest and just a hint of crusty bread behind all the hops. The taste is an almost spot on match from the aroma. Big citrus notes of oranges, a bit of lemon zip with just a hint of sticky pine that I didn’t get on the nose. A cracker malt base leads to a dry finish that is very typical of these types of session IPA’s.

It seems like everybody has this kind of session beer these days so it is difficult to differentiate yourself from the crowd. Even if this beer doesn’t break new ground, Sweetwater has done a fantastic job of getting ton of flavor into this lower ABV beer. This appears to be a Spring seasonal, which is too bad because it would have been on my radar during the summertime party season. 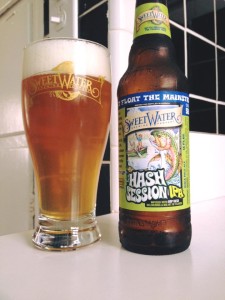