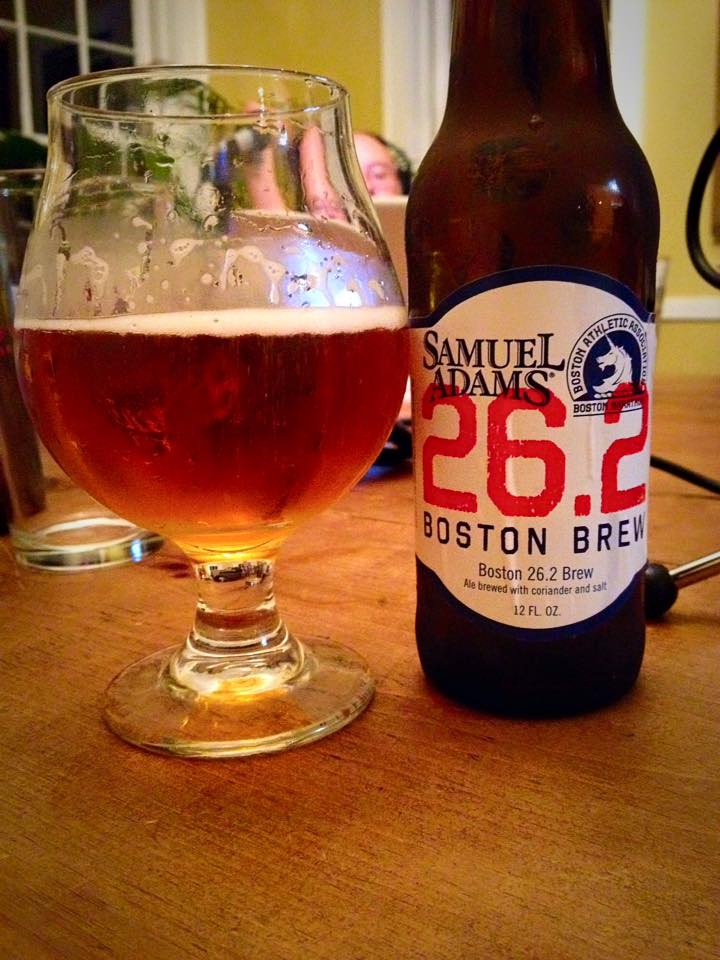 Samuel Adams 26.2 is a Gose, 4.5% ABV. It is quite possible you have never heard of this Samuel Adams offering, I know it was new to me when I opened the box they sent to us and found three “not for sale” bottles inside. It turns out this is a draft only offering (a small number of bottles are sent out for review) brewed for the Boston Marathon. It is available in select Boston area pubs, and along the Boston Marathon route, during the event. The beer was first brewed in 2012 and is celebrating it’s five year anniversary.

This pours with a bit of a darker caramel color and a bit clearer than I am used to seeing in the style. The aroma is a bit musty and sweet with notes of grain and coriander. I am finding this to be rather malt forward in the taste, there is a very mild saltiness that comes out and grows as it warms up a bit. This certainly doesn’t carry the extreme salt and tartness that I’ve become accustomed to in the style, but this is a highly drinkable brew that would certainly be a fantastic beer to drink after a long run.

It probably isn’t fair to compare this to the likes of Westbrook Gose or Anderson Valley’s The Kimmie, The Yink & The Holy Gose. This is a recipe that was probably developed well before the Gose had come back into fashion, making this a rather surprising style for a brewery best know for a Vienna Lager to release. In my opinion they have actually done an excellent job of making this fringe style of beer something the “masses” of runners will enjoy.

Best of luck to all of the 2016 Boston Marathon runners tomorrow. All of us at Team BDR raise a glass to you, Cheers! 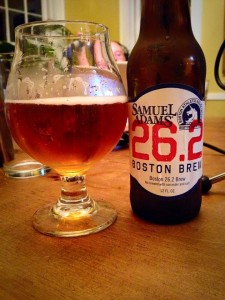