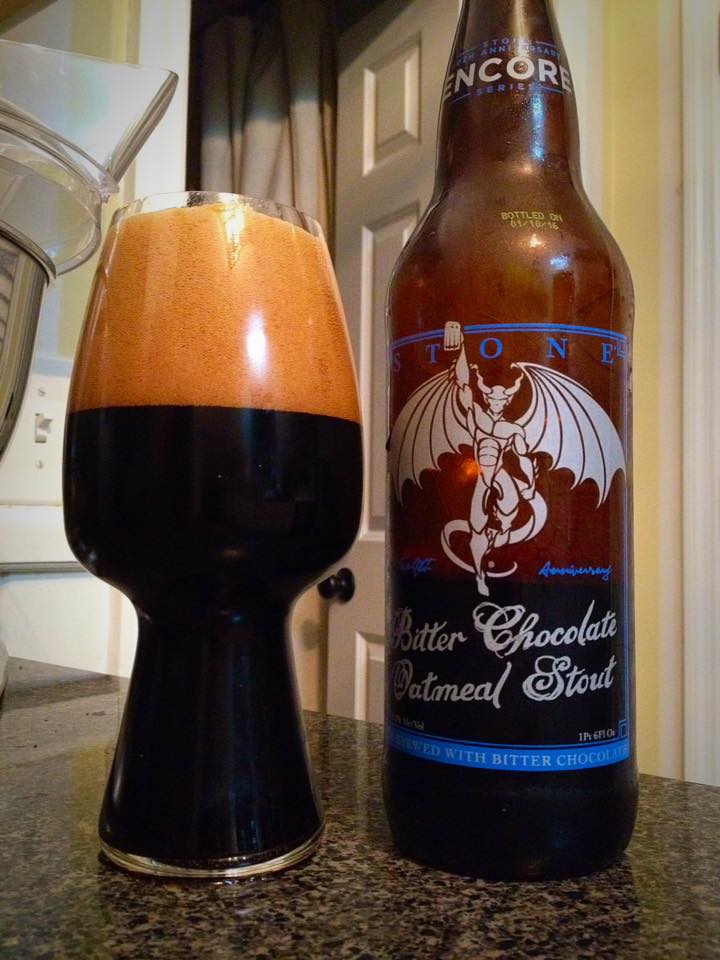 Stone Bitter Chocolate Oatmeal Stout is an American Double/Imperial Stout, 9.2% ABV. Originally released as their 12th Anniversary Ale, this version of this beer is from the 20th Anniversary Encore Series, bottled on 01/10/16, opened on 04/13/16.

This pours with a deep black color and a huge dark tan head that got away from me a little and came up over my glass. I’m getting some great things on the nose, dark chocolate, sweet and mildly roasted grains, a bit of smoke, and maybe a little rum soaked raisins. The taste certainly delivers on the chocolate and the bitter! Big semi-sweet dark chocolate hits the palate almost immediately, this is followed by some of those raisins from the nose and a very mild roastiness. The back end of the taste brings in the bitterness in what tastes like a combo of hops and the bitter chocolate used to brew this massive stout. I’m getting just a bit of coffee with cream in the taste as well, but it is definitely in the background. The mouth-feel is thick and rich, those flaked oats is working some overtime!

Maybe a bit more complex in the aroma than in the taste, but this is well worth the pick up. So glad they brewed this again, this first came out a bit before I started really getting into craft beer. 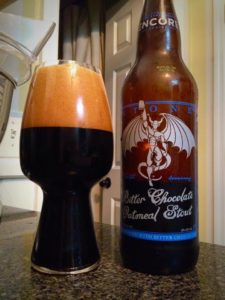