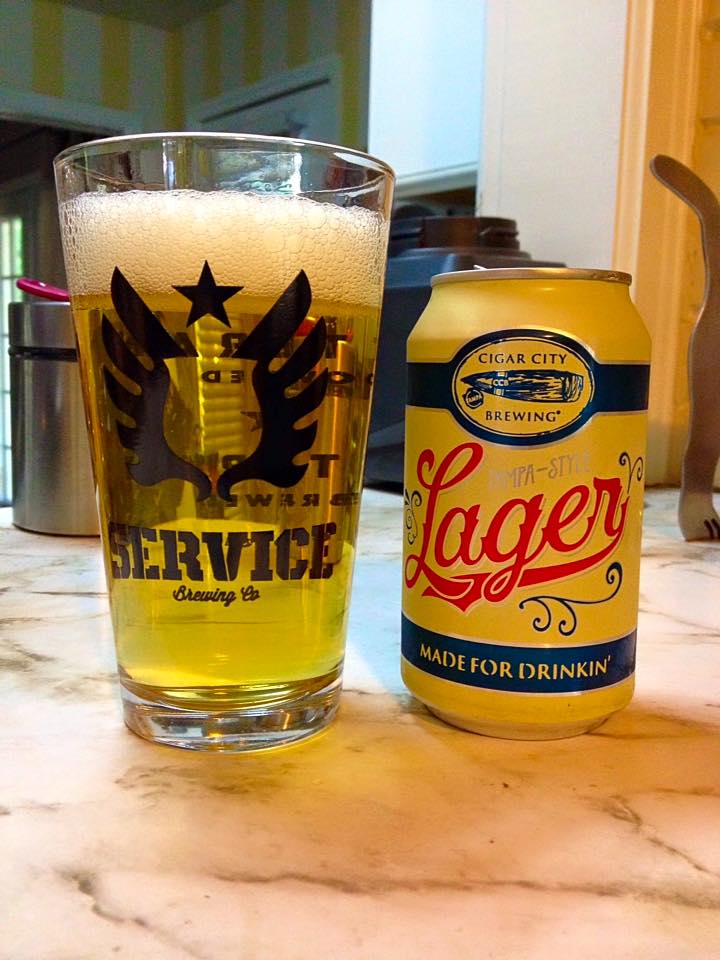 Cigar City Brewing Tampa-Style Lager is an American Pale Lager, 4.5% ABV, canned on 02/16/16, opened on 04/26/16. Didn’t know much about this beer before I saw it at the store here in Savannah. I do know that the beer and I share at least one thing in common, we were both “Made for Drinkin”.

This pours with a slightly golden straw yellow color with a nice white head that fades fairly quickly. The aroma is sweet and malty with a bit of grain and some light notes of lemony hops. The malt bill is a bit doughy with some notes of lemon citrus and grass. The bitterness is low but the finish is rather dry making this beer pretty high on the drinkability.

It looks like this is replaced Hotter Than Helles (a favorite CCB beer of mine) in the year round line-up. After a bit of research it seems the folks at Cigar City were tired of dealing with the complaints that Hotter Than Helles wasn’t hot. Despite the obvious pun, I guess too many people thought it was supposed to be a Chili Beer. Instead of simply rebranding Hotter Than Helles they decided to create a new recipe to be a comparable replacement. I might learn to really like Tampa-Style Lager, but it isn’t making the same impact Hotter Than Helles made on me when I first had it. 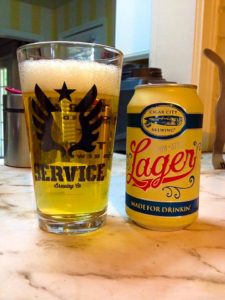