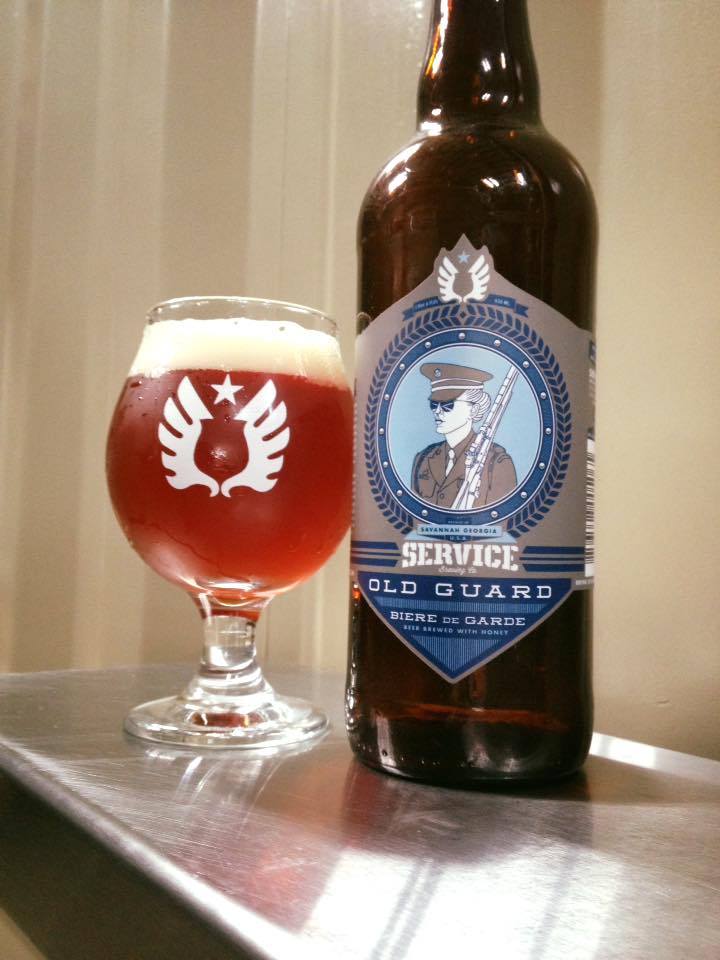 Service Brewing Old Guard Old Guard Bière de Garde is the brewery’s spring seasonal beer, this review is for the 2016 version which is Service’s second take on this beer.

Bière de Garde’s are traditionally late winter, early spring beers intended to be cellared for a little while (biere de garde translates to beer to save or beer to keep). Typically malt forward with a little malt sweetness, Bière de Garde’s are otherwise pretty broadly defined and often fall into the open ended “strong ale” category. Service has taken full advantage of this flexibility and produced a brew with a few defining characteristics unlike others of the style. The malt character of the beer is very present but the sweetness is emboldened by the addition of yaupon honey, sourced from Savannah Bee Company. I think this gives the beer some barley wine characteristics but at 6.6% ABV it doesn’t carry that style’s heavy alcohol payload. This makes Old Guard an easy to drink beer that is still rich in flavor. The yeast strain for this beer is also locally sourced, coming from Service Brewing’s own apiaries.

Old Guard is the name given to the 3rd U.S. Infantry, the unit that provides the guards for both the President and the Tomb of the Unknown Soldier. Old Guard, Biere de Garde is a rich celebration of those heroes, so find a bottle and raise a glass in their honor. 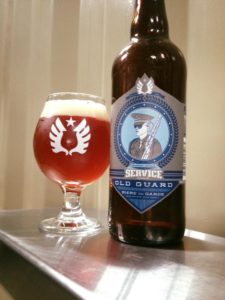