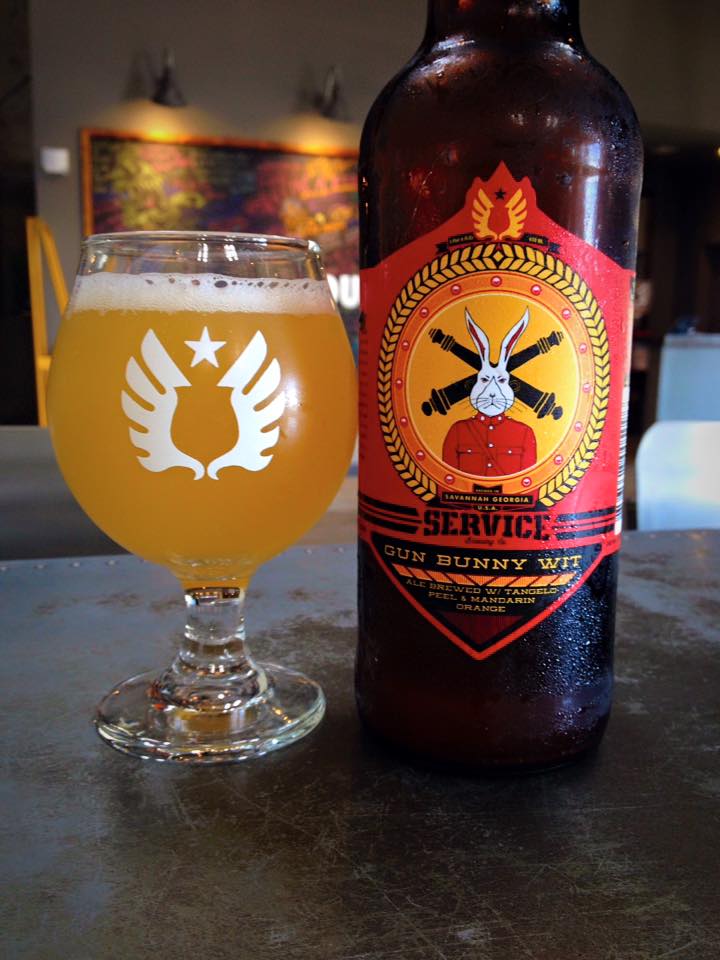 Veteran-owned and operated, Service Brewing is deeply tied to the military. Many of Service’s beer names come from military terms and Service Brewing Gun Bunny Wit is no different. Gun Bunny is military slang for soldiers who operate mortars. Mortars were often placed in small “rabbit holes” dug by the soldiers, though the term has grown to represent all artillery men and women.

Gun Bunny Wit, a Belgian-style Witbier with some amped up flavor, was brewed to honor these men and women. Traditional Witbiers are brewed with coriander and bitter orange peel, Service used these flavoring elements but they opted to brew with slight variations to create something more than your standard Wit.

Service worked with a specific type of Indian coriander seed, cracked to release even more flavor. Not content with using bitter orange peel they puréed over 60 lbs of mandarin oranges that were added to the mash to bring the added citrus flavor so desired in a good wit. Tangelo peel was also added to bring in a strong but pleasant bitterness that balances well with the sweet citrus of the oranges.

Gun Bunny is a great addition to the Service line up, and a refreshing summertime Witbier. 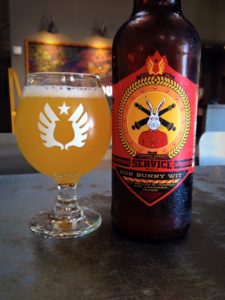