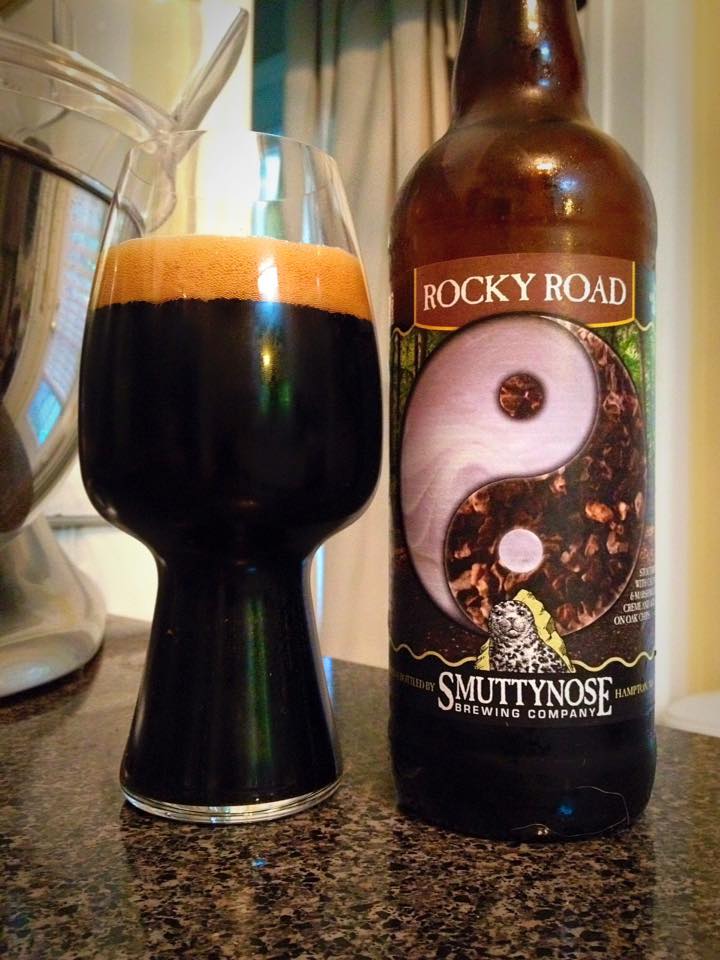 Smuttynose Rocky Road is a Milk/Sweet Stout brewed with cacao nibs, marshmallow creme and aged on oak chips. There is not an ABV listed on the label and the stamp on the bottle is smeared to the point it is mostly illegible. I can tell bottle conditioned is a part of the stamp, and a quick bit of research reveals the rest is December 2015. This bottle was opened on 5/30/16.

Pours dark as you would expect, somewhere between very dark brown and black, a big dark tan head forms from the pour that settles to a beautiful thin (but dense) layer on the beer. The aroma is fantastic; even at 5 months of age I’m getting the marshmallow creme right off the bat. To compliment the sweet vanilla “fluff” is some milk chocolate and mild roasted malts. The taste brings in a surprising note of cola that blends into some more thick sweet chocolate. I’m getting just a hint of the marshmallow that was so strong on the nose in the taste as well. Some slightly dry and bitter roast is bringing up the finish.

I was expecting something a good bit sweeter on the taste after smelling it, but in the end this isn’t really a total sugar bomb at all. It was clear what Smuttynose was going for here with the stout called Rocky Road… I’d say they came pretty darn close too, but that cola flavor (which I actually like quite a bit) is throwing things off a little. 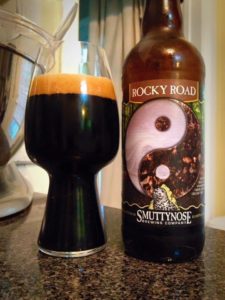