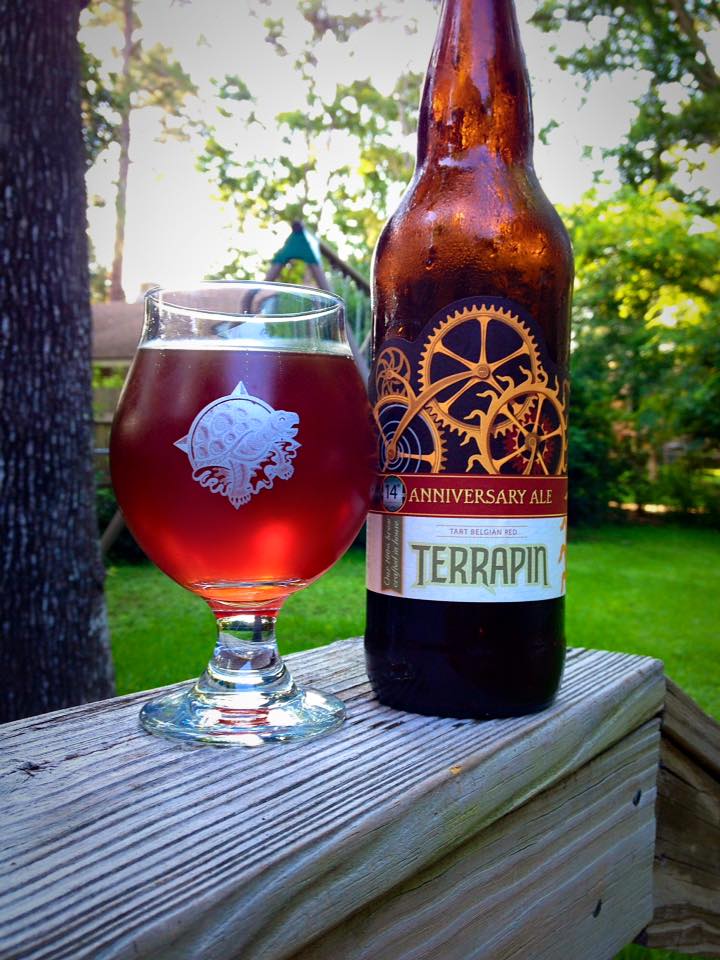 Terrapin 14th Anniversary Ale is described as a Tart Belgian Ale on the label, so maybe they are shooting for a Flanders Red here? This beer was fermented with Lactobacillus and a Belgian yeast strain, it comes with a vintage (2016) stamp on the bottle, so I will assume they see this fit to age, 7.5% ABV.

The beer has a pretty copper red color that really pops when held to the setting sunlight. The head was never going to last, It was gone real quick, but I think it was a reddish tan. I’m getting a lot of malt on the nose, oddly kind of like an American Amber/Red Ale. Big caramel, and some sugary refined sugar. Some dark fruit notes of figs and generic berries are in the aroma as well. Those fruit flavors transition into the taste quite well. The berries are the flavor that come out the most to me, summer fruits of strawberry and raspberry with just a hint of red grape. I expected the two yeast strains to be adding more here; apart from a slightly out of place earthiness, and a suggestion of lacto tartness that gets a bit stronger as it warms, there is just not much going on from that element of the beer.

I had a chance to try a little of this a few weeks ago and the group was not impressed, but it was better than I remembered the second time. Not a bad beer, and maybe this will develop some over time, but as it stands it just seems lacking for a Flanders Red Ale. 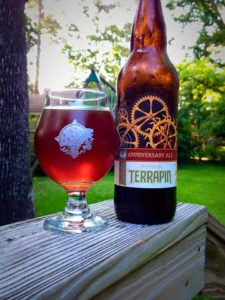