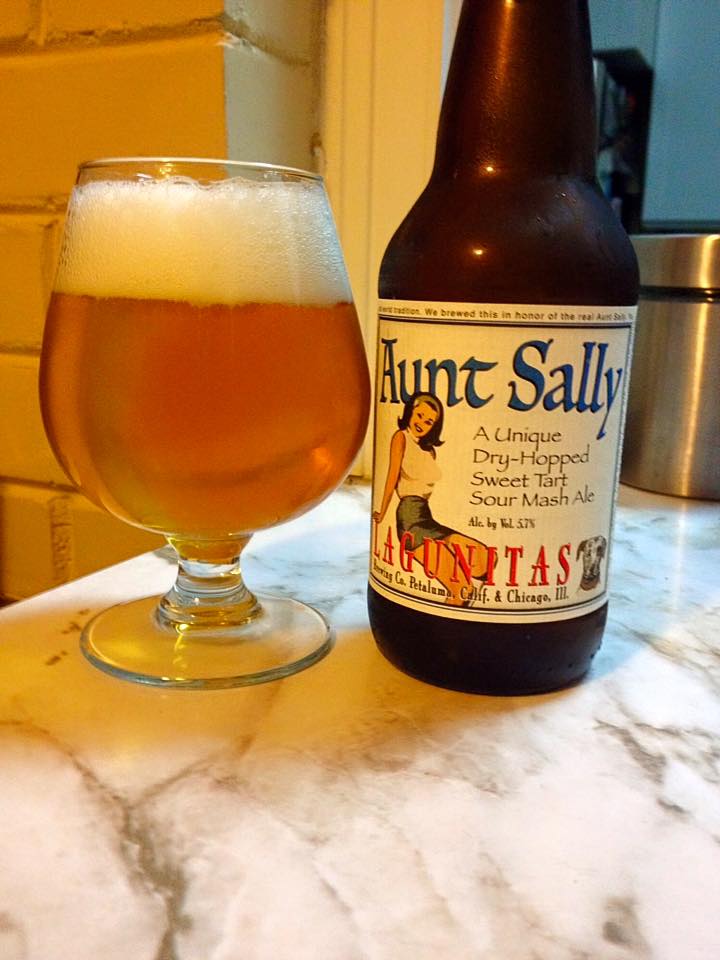 Lagunitas Aunt Sally is an American Wild Ale, 5.7% ABV. The brewing process as described by the Lagunitas website: We soured the wort on the Hot Side with Lactobacillus for a few days and then brewed up this smooth and hoppy sour. I had a sample of this when on the tour at the Chicago brewery location, and I have to say I wasn’t too impressed. I did, however, think it deserved a second try when it wasn’t sandwiched between a couple of massive hop bombs.

The beer pours with bright lemon and gold color, nice and clear with a solid white head. I’m getting some notes of lemon and grain on the nose mixing with some sugary malt sweetness. This beer is certainly sour, but kind of oddly so. A good bit of lemon starts the taste, which I’m really into, but then an aggressive Lacto sourness starts to bully the flavor. A bit of grass and some strong bitter grapefruit rind finishes out the taste.

As best as I can tell this is the breweries first stab at a large scale sour ale, and after a second try I’d say they have done pretty good. I would not put it past Lagunitas to start making some world class sours in the next couple of years. 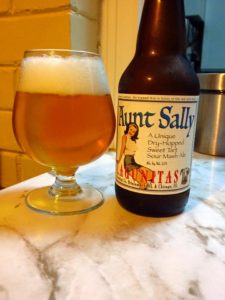