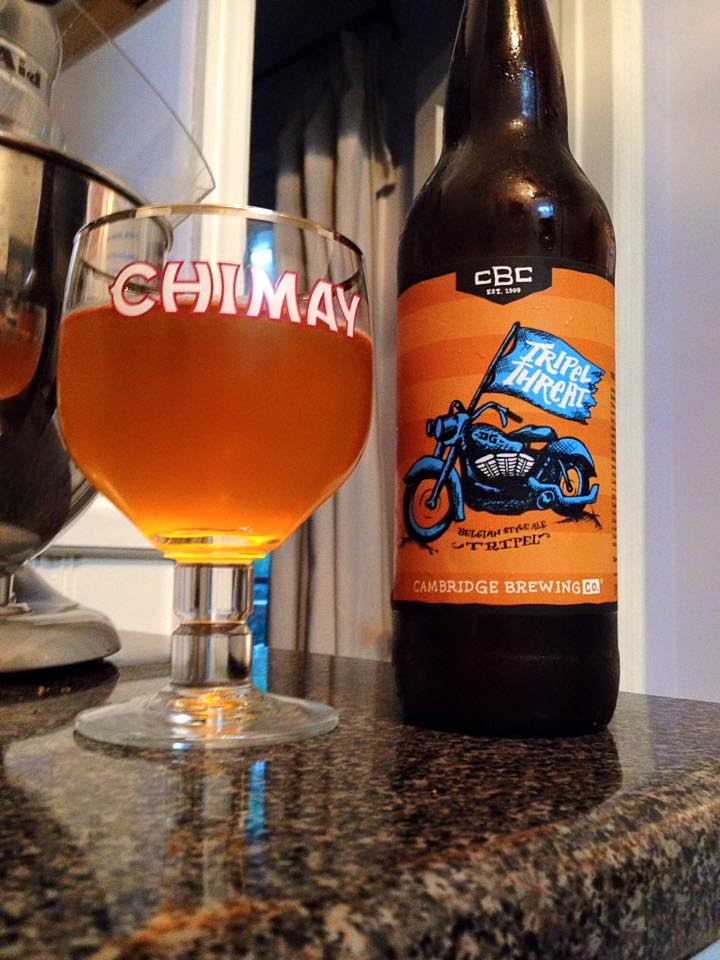 Cambridge Brewing Co. Tripel Threat is a Belgian-style Tripel, 10% ABV, no bottle date. I picked this up simply because I was looking for a new beer to review, and because I was a little bit familiar with the brewery from a visit there several years ago. I didn’t notice until opening the bottle that a portion of the proceeds will go to help find a cure for Lou Gehrig’s Disease. This beer, originally brewed in 1990 by then head brewer Darryl Goss, was the first commercially produced Tripel in the U.S. Darryl passed away after battling ALS in 2012.

The beer pours with slightly cloudy golden color and white head that vacated the scene in an awful hurry. A bit on the fruity side on the nose with notes of pear and tart apple at first, this is followed by a more typical Tripel bread and sugar sweetness. Just a hint of alcohol and some honey is coming through in the aroma as well. Classic Belgian Tripel in the taste. Sweet grain, some clove and spice, a touch of banana, a dash of black pepper and some refined sugar. The 10% ABV is there in the taste, but it is restrained and seems in no way intrusive. This Tripel is really spot on, about as close to a “true” Belgian Trapist as I’ve seen brewed here in America.

I raise my glass to Darryl. This is some fine work Sir, may you rest in peace. 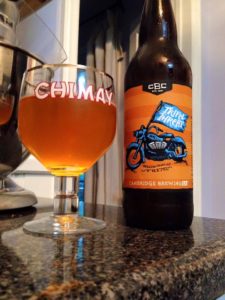