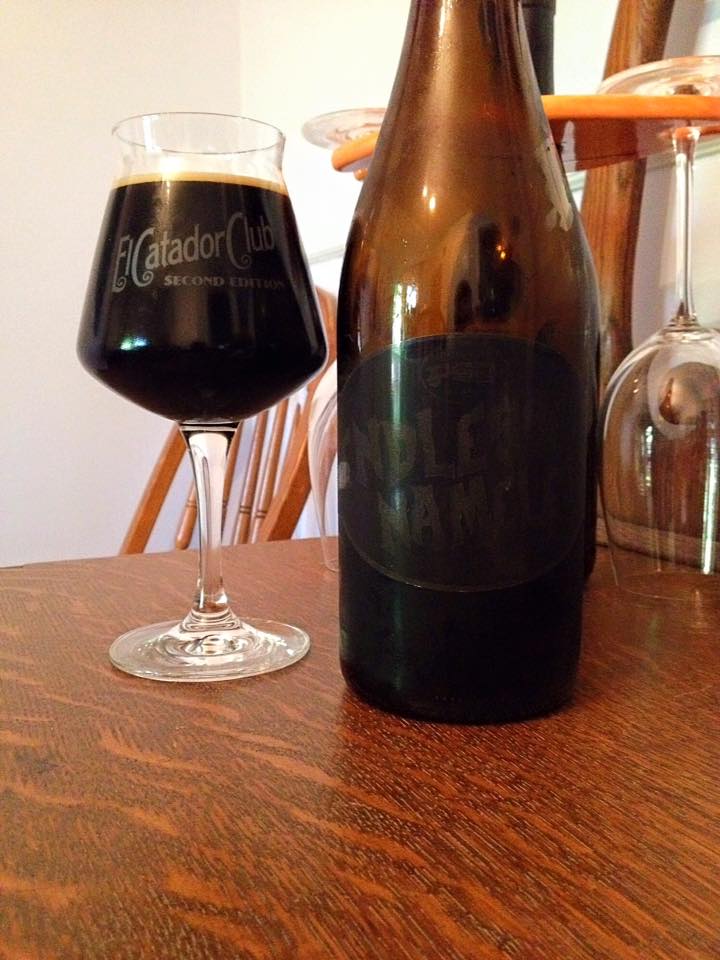 Cigar City Brewing Endless Nameless is an American Double/Imperial Stout. aged in bourbon barrels. This was one of the beers released in the Second Edition of the Cigar City El Catador Club, bottled on 7/13/15. No ABV listed on the bottle.

The beer pours with an extremely dark brown color and a surprisingly fizzy tan head that faded to the slightest ring quickly. This Barrel Aged Stout isn’t breaking and new ground on the nose, but that doesn’t mean it doesn’t smell great. I’m smelling big sweet chocolate, molasses, bourbon and caramel. The taste follows suit with intense flavors of chocolate and roasted malt hitting the palate first, the bourbon comes in not far behind. I’m not finding the bourbon flavor too be too much, but it is strong and does linger in an underlying way into the aftertaste. The molasses and caramel are more defined in the taste than they are on the nose, each are adding their own sticky sweetness to this massive stout. As this warms up I notice a touch of dark fruit, vanilla and oak in the mix as well. The head on this beer made me concerned it would feel too thin, but it works. If it was more thick and chewy it might cross into having a cloying feel.

This seemed pretty solid at first, but as I settled into this I realized I might be sipping on one of the GREAT Bourbon Barrel Aged Stouts out there. It may never happen, but I’d love to put this up against BCBS or KBS, I think it’s that good. 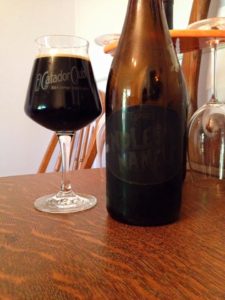