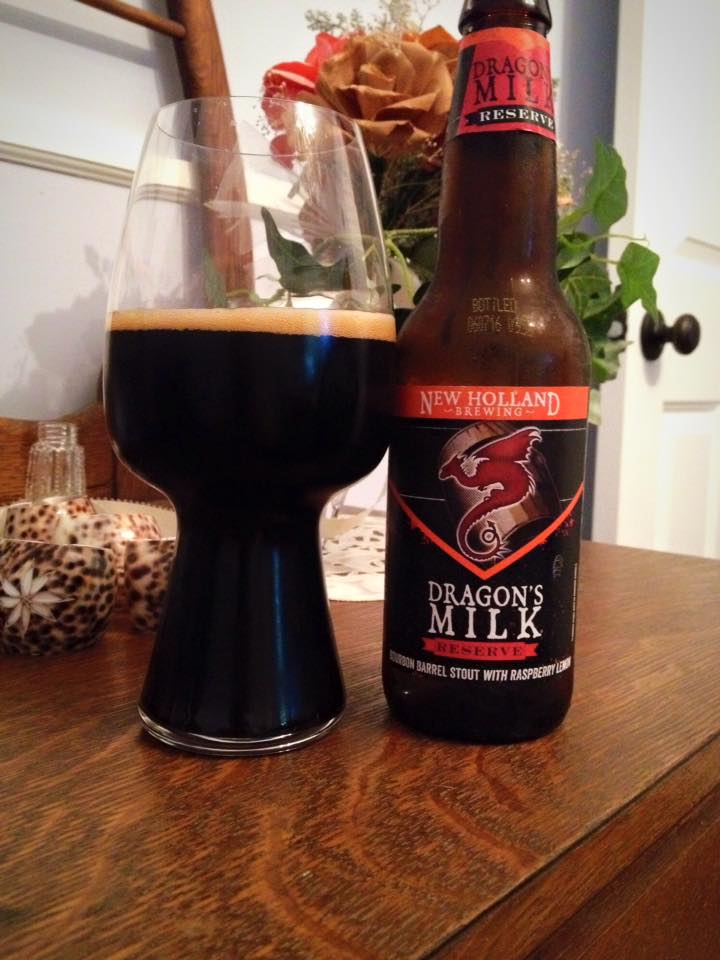 New Holland Dragon’s Milk Reserve Raspberry Lemon is an American Double/Imperial Stout aged in bourbon barrels with Michigan raspberries and lemon zest, 11% ABV. Bottled on 06/07/16, opened on 08/14/16. I enjoyed the earlier version of this, now it looks like they have brewed the same stout with the addition of some lemon zest this time around. Let’s see if that changes things up a bit!

This Imperial Stout pours with a nice dark color with a little caramel and red coming through when held to the light. The tan head from an aggressive pour starts fading away to the slightest ring immediately. I am getting a good bit of the lemon zest on the nose that is mixing with the chocolate and mild bourbon of the stout. I didn’t get much of the raspberry at first in the aroma at first, but it is pretty strong on the next couple of sniffs. The taste is strong on the chocolate with notes of vanilla, mild (but flavorful) bourbon, and a little bit of raspberries. The lemon starts mild to nonexistent, but as the beer warms the lemon flavor does increase considerably. Looks like the lemon changes this enough after all. If you have ever had the desire to drop a handful of Lemonheads candy into your Raspberry Stout, New Holland has got you covered!

I have yet to have a Reserve variant that I prefer to regular ol’ Dragon’s Milk, but on the other hand they have all been more than tasty enough to pick up the next one they release. 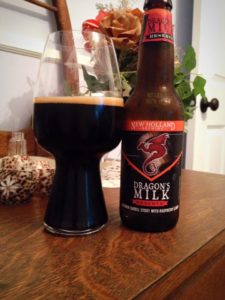