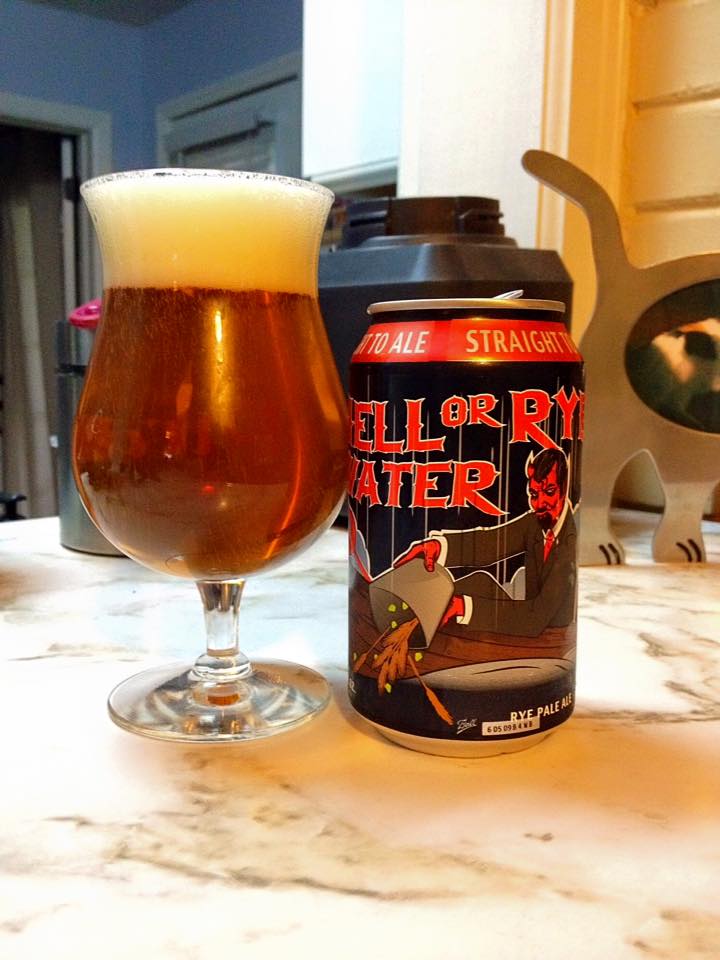 Straight To Ale Hell Or Rye Water is a Rye Pale Ale, it comes with no ABV listed on the label. The beer was packaged on 06/01/16, opened on 08/01/16. We are starting to see a smattering of different Straight To Ale six packs at the store, and I have to say I am a sucker for a new Rye Beer to try.

This is a really pretty beer, it pours with a rich golden copper color and has a fairly dense off white head. Just a little bit of haze going on, but still a lovely looking beer. I have to say I was expecting a bit more rye on the nose, maybe a good bit of spice, but this has more sweetness to it. Some caramel malt is complimented by some light pineapple notes. Hello rye, looks like you were saving up your performance until the taste! Lots of classic dry and spicy rye is the major flavor of the beer, but it is well balanced. The rest of the malt bill adds a sweeter element, and I am getting a little bit of orange as well. (maybe from a hop addition?) The mouth-feel was maybe a little on the chewy side for an Pale Ale, but all in all the feel is just fine.

Seek and enjoy if you are into a good Rye Beer! 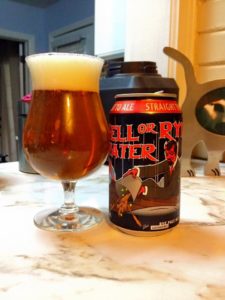