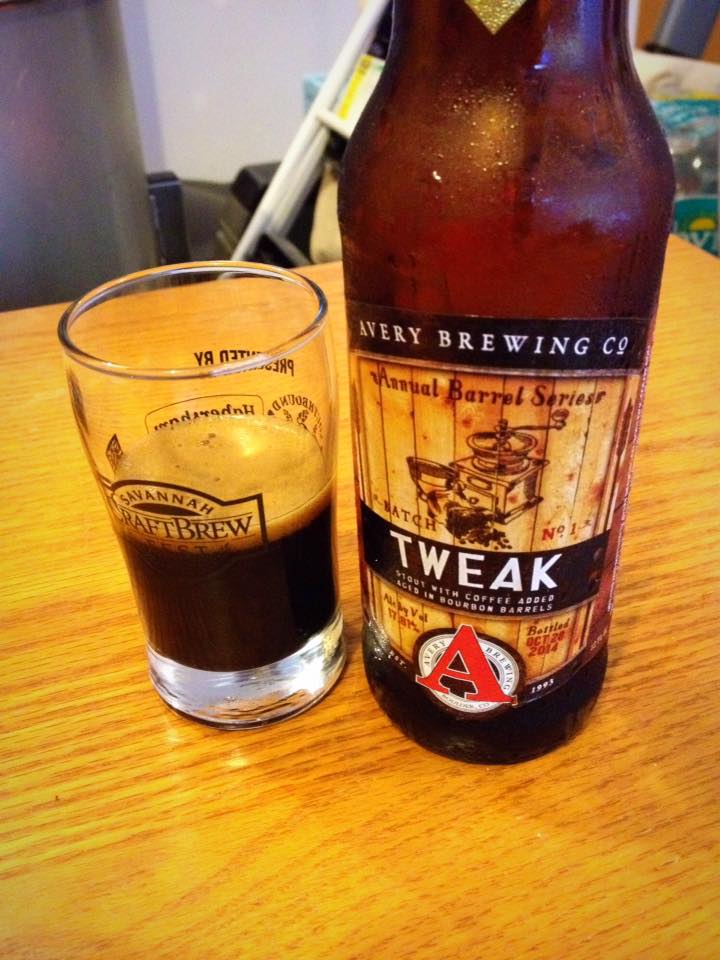 Avery Tweak is an American Double/Imperial Stout brewed with coffee and aged in bourbon barrels, 17.81% ABV. This beer is a part of their Annual Barrel Series and was bottled on 10/28/14, opened on 09/10/16. Thanks to Kyle for bringing this Vince’s big 50 beers for 50 years birthday celebration. I’d say I probably only had about three or four ounces of this massive stout, but I’m not sure I really needed much more than that!

The beer pours as dark as you would expect, with a nice little dark tan head in my taster glass. Even with a couple of years of age I’m am getting some intense black coffee and bourbon on the nose. This is one big beer, I like the flavor of this stout but the intensity of it all is a bit much. The coffee and big roasted malts are upfront and strong, but they are actually fairly well balanced by an impressive amount of chocolate, vanilla and brown sugar sweetness. The pure alcohol taste of the beer melds with the bourbon flavor added by the barrel; it is hard to tell where one ends and the other begins. A nice slick and full mouth-feel, but there is still enough carbonation to prevent this from being syrupy.

Technically impressive, and rather tasty in small doses. I will strongly suggest sharing this with a few friends when you decide to open it! 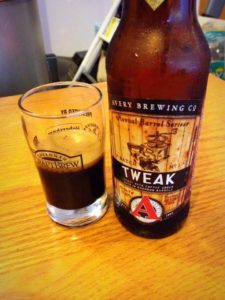