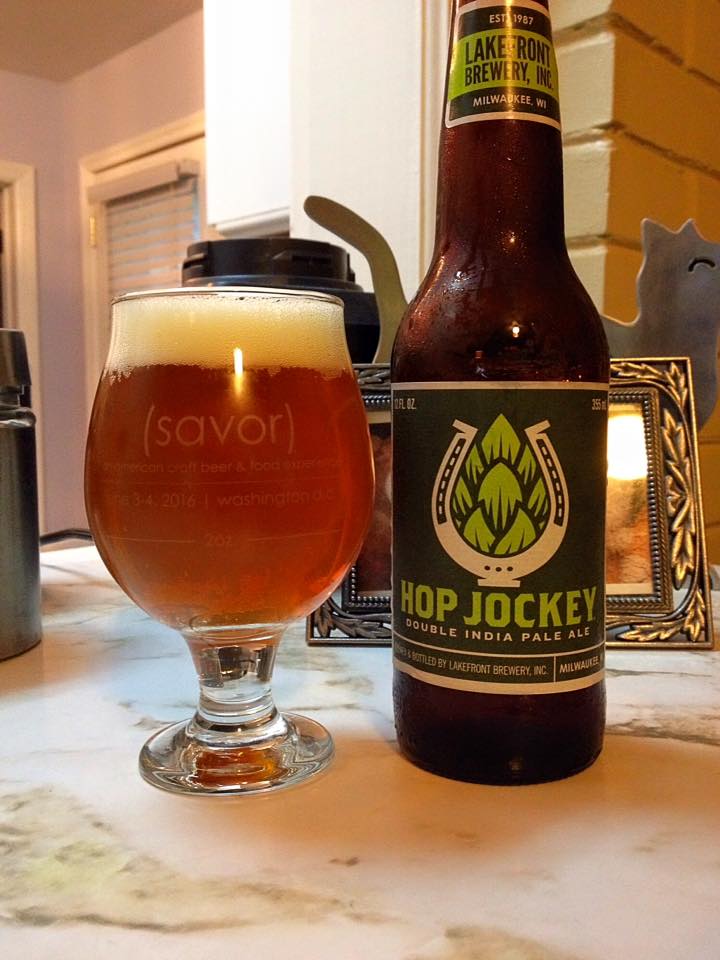 This beer pours with a slightly hazy deep golden color and a solid off white head. The nose is greeted by a pleasant combination of sweet malt, sugary citrus and a slight bit of hop spice. A fairly well balanced Double IPA, there is certainly enough caramel malt sweetness to combat the hops. I’d have to say the predominate hop flavor here is sharp grapefruit, there is also a touch of earth/spice and a hint of orange, but mostly overly intense grapefruit. The finish is bitter and surprisingly boozy for a DIPA that comes in just over 8%.

A solid beer overall. I don’t think I’d be tempted to go for a full six pack, but I’d round out a mixed six with this again sometime in the future. 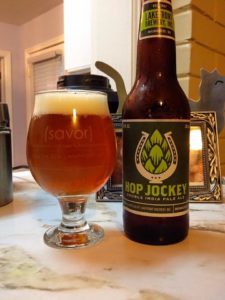