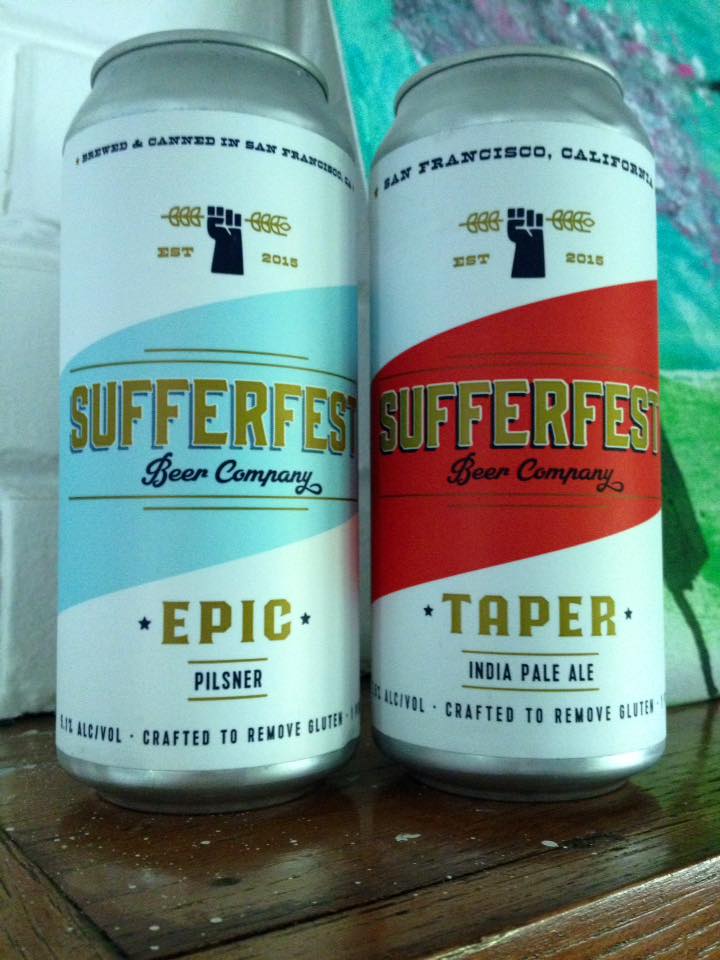 Sufferfest Beer Company recently sent us a couple of cans of their two year round offerings, Epic Pilsner and Taper IPA. If you are not familiar with Sufferfest they were established in San Francisco during 2015. The brewery produces Gluten Removed/Reduced beers that are marketed towards people with an active lifestyle. Although I thankfully do not suffer from the negative effects of gluten intolerance, I have noticed more and more gluten free/reduced craft beer options available. Let’s see what Sufferfest has to offer! 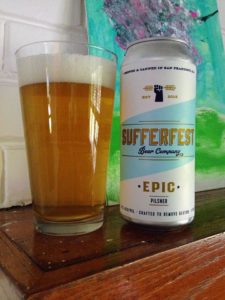 This pours with a pale straw yellow color, a nice looking white head to start with some pretty good retention. The aroma is pleasantly sweet and grainy, this smells like a “beer” which is all I really ask of a pilsner! Like the aroma this is a bit grainy and sweet on the taste with a nice crisp finish, very light on the bittering hops. This is not what I would consider a stand out Pilsner, but there is absolutely nothing wrong with this beer either.

If I was looking for good lager, and this was the option on the draft list, I would not hesitate to order it. 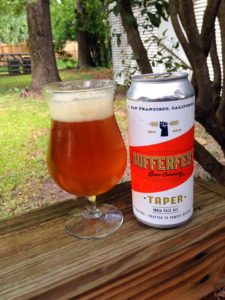 The beer pours with slightly hazy orange color with some slight red highlights and a nice off white head. This is an outstanding smelling IPA that is dominated with notes of sweet caramel and orange, and some nice pine notes as well. Malt sweetness leads off the taste that mixes with a touch of tropical fruity juiciness. This has a dry finish that moves on to some hop bitterness that is mixing with some bitter grapefruit pith.

A fairly well balanced IPA overall, maybe just a hint heavy on the bitterness, but I’d be more than happy tossing back a couple of these.

I have had more negative than positive experiences with gluten free/reduced beers, but maybe it is time for me to pay a bit more attention to some off those beers when they hit the shelves.