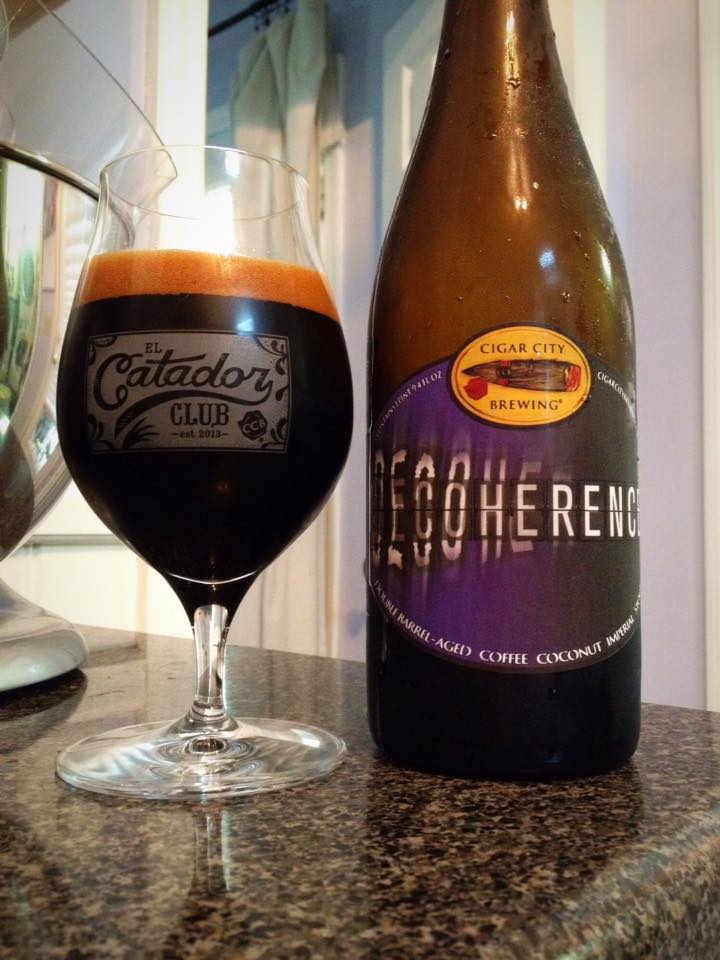 Cigar City Brewing Decoherence is an American Double/Imperial Stout. Bottled on 05/27/16, opened on 09/24/16, no ABV listed on the label. This bottle was originally available as a part of the 3rd Edition of the El Catador Club. From the label: Decoherence is a blend of two distinct beers: an imperial stout aged in brandy barrels and an imperial porter aged in bourbon barrels. The blend is then aged on Buddy Brew roasted coffee and toasted coconut. I guess that sounds alright.

The beer is a super thick and oily black color with an exceptionally dark tan head. The aroma at first is so intense it just smells like a sweet, hot, boozy mess. As the beer warms I begin to smell the incredible complexity; rich dark chocolate, mild roast coffee, faint coconut, sweet brandy, a bit of vanilla and bourbon are all in this huge aroma. I have come to expect big sweet sippers to come out of the El Catador Club, and this one is no exception. The sweetness, like on the nose, threatens to overtake the complexity of the beer. Do not fret beer nerds, there is a ton going on in this beer. Sweet brandy hits the palate first and is quickly followed by chocolate covered raisins, sweet coconut, rich fudge, subtle tart cherry, a bit of dry oak and mild bourbon/vanilla. An absolutely perfect amount of coffee with cream comes in at the finish and lingers on into the aftertaste. This beer literally coats the inside of my mouth as all that flavor slowly develops in the taste.

Obviously CCB makes some world class beer, but it has been few years since one of their beers has really blown me away. Consider me officially blown away. 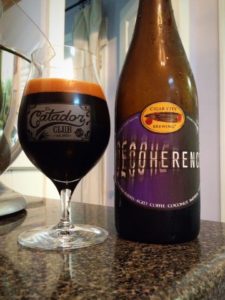