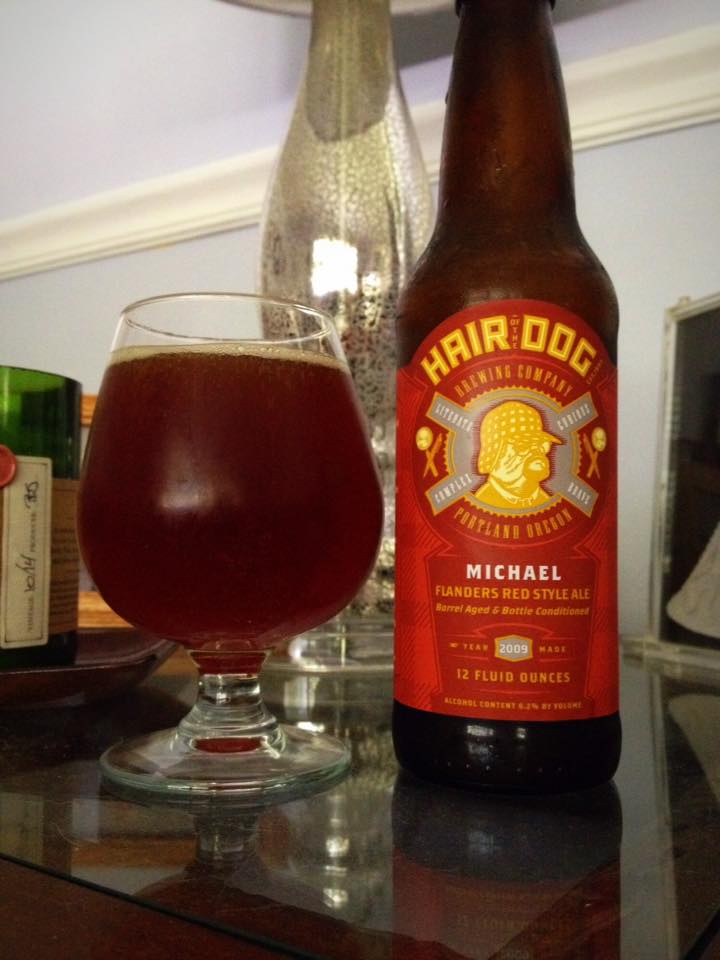 Hair Of The Dog Michael

Hair Of The Dog Michael is a Flanders Red Ale, 6.2% ABV. This review is for the 2009 vintage of this beer which was brewed in 2007 and aged in oak and sherry barrels for 30 months. The beer was produced in honor of the Beer Hunter, Michael Jackson. There is no way we would have the craft beer scene we have today without him, so I will raise my glass to him as well… Cheers! This bottle was sent to us by pre-aged by Hair Of The Dog head brewer Denver Bon… Cheers to you as well!

The beer pours with a cloudy “real” cherry red color and a seemingly fizzy head that does settle with a nice ring of foam. The aroma on this beer is incredibly intense; potent acidic sourness, vinegar, sweet cherry, a little dry oak and a general funkiness. This is not nearly as sour on the palate as I was expecting after the aroma. The taste seems to be dominated by the oak and sherry barrels with a lot of dry wood flavor. An interesting cherry flavor in this beer, not overly sweet and almost earthy. The malt has a pleasant sweet tobacco taste to it that I’m really enjoying. I get a bit of mild lactic tartness towards the finish, but this beer does not have the sharp fruity sourness I have experienced with other Flanders Red Ales.

Michael might not be 100% true to style, but I feel like this beer really shines when it comes to the barrel aging. This beer has absorbed so much character from those barrels, and still strong 7 years after being bottled! 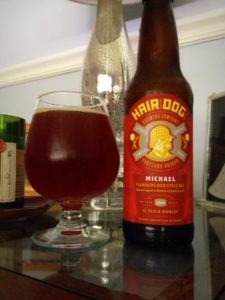