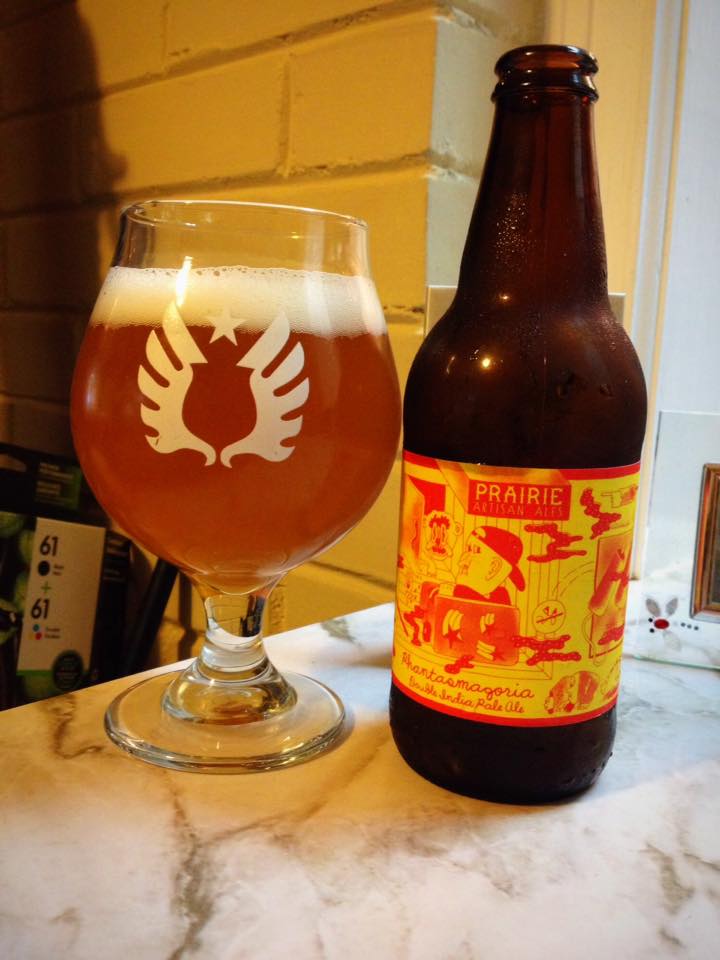 Prairie Artisan Ales Phantasmagoria is a American Double/Imperial IPA, 8% ABV. It looks like this bottle has a julian code of 18116, I am going to guess this is translated to the 181st day of 2016.

This is a dense and hazy beer, no clarity at all, and it has more of a gray pineapple juice color than a bright golden color you’d expect for the style. Orange and pineapple juice make up the majority of the aroma, a touch of pine comes in just at the end on the nose. I’m enjoying some really nice tropical fruit notes of pineapple, muted mango, as well as a ton of orange and grapefruit citrus on the taste. A mild hint of pine, a moderate bitterness, and a little bit of earthiness on the finish round out the flavor profile. The aroma and taste completely compliment one another with this Imperial IPA, there is no clash between the two here.

This is a highly enjoyable Imperial IPA, seek and enjoy if you are a fan of the style! 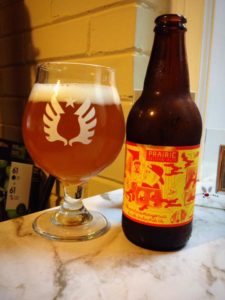