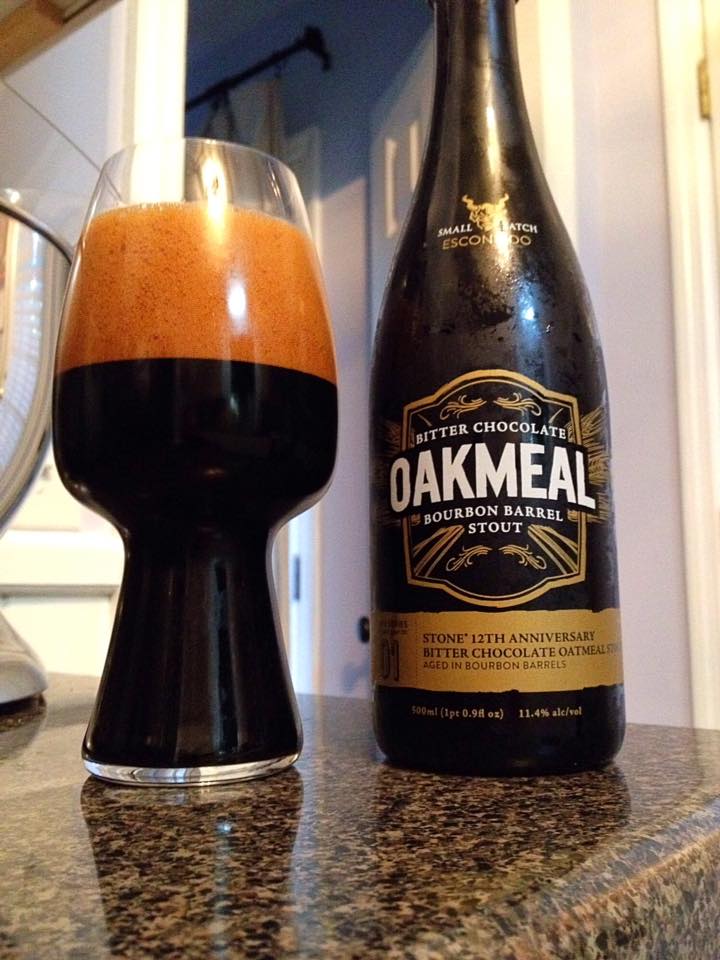 Stone Bitter Chocolate Oakmeal Bourbon Barrel Stout is an American Double/Imperial Stout aged seven months in Kentucky Bourbon Barrels, 11.4% ABV. After thoroughly enjoying the Encore release of Bitter Chocolate Oatmeal at the beginning of the year, I was thrilled to see this barrel aged version come out not too long ago. Not a cheap bottle of beer here, but I felt like treating myself. I deserve it!

This pours opaque black with a huge fluffy dark tan head that settles to a creamy 1/4 inch layer. This beer has that huge bourbon aroma that I fell in love with when I was first introduced to this style of barrel aged beer. (Not sure if the beers have changed, or if I have just gotten so used to huge BA beers!) Strong bourbon is followed by notes of dark chocolate, sweet vanilla, mild roast, and more bourbon on the nose. Super strong on the bourbon in the taste as well, this thing is no joke. Lurking behind all the bourbon and pure alcohol heat are some notes of bitter sweet chocolate, a hint of black coffee, and some seriously dry oak on the finish. Not the full mouth-feel I remember from the Encore version, but certainly not thin either. Guys, I am seriously feeling the burn on this massive stout.

I guess this could be a bit more complex or nuanced, but in some ways this is a perfect example of a beer that is so good because it so intense! 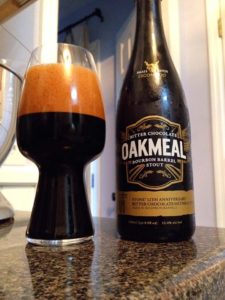