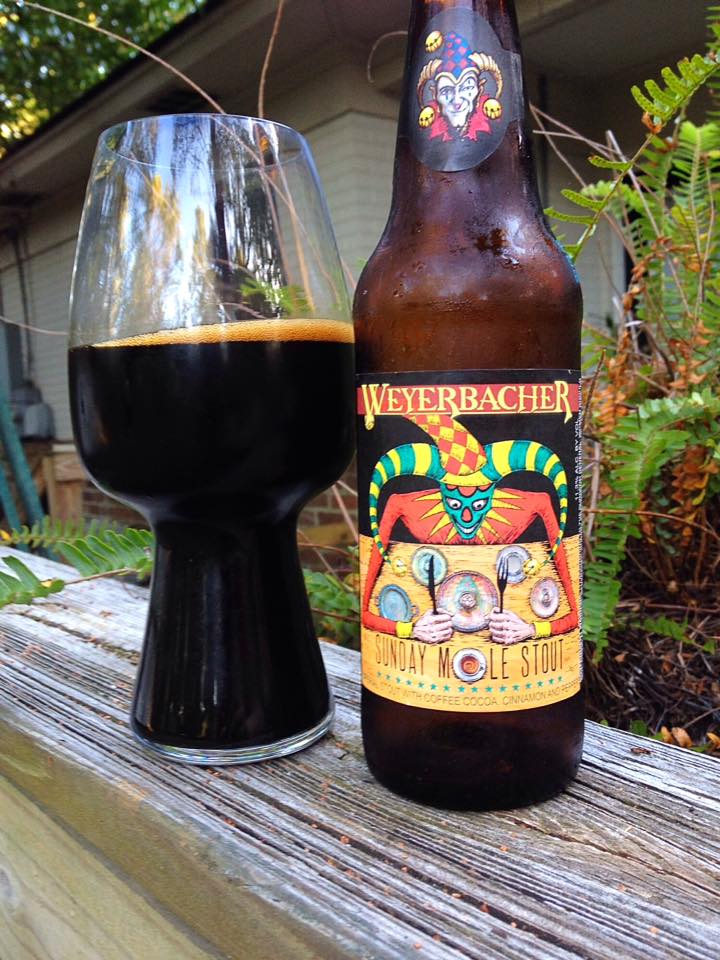 Weyerbacher Sunday Molé Stout is an American Double/Imperial Stout, 11.3% ABV. This beer appears to be the amazing Sunday Morning Stout minus the barrel aging, but with some cinnamon and chili spice added. Bottled on 09/01/16, opened on 10/27/16, best by 09/01/18.

The stout pours with a big black color and a small tan head that disappeared quickly. The coffee hits my nose first, but that is then immediately followed by a well balanced amount of cinnamon and chili spice. Like the aroma the coffee hits the palate right away. It is strong and slightly acidic, but it does blend well with some tasty roasted and malts and bakers chocolate. The spices are more prevalent in the aroma than on the taste. The cinnamon is on the subtle side, but it is there; while a mild amount of chili burn comes in with the finish and aftertaste.

A solid take on the chile/molé stout. It doesn’t quite live up to the likes of Cigar City Brewing Hunahpu’s or Westbrook Mexican Cake, but it is a tasty beer that is probably a lot easier to get your hands on! 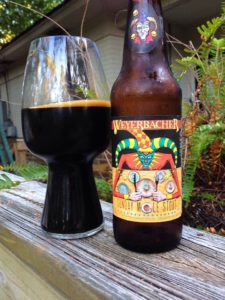