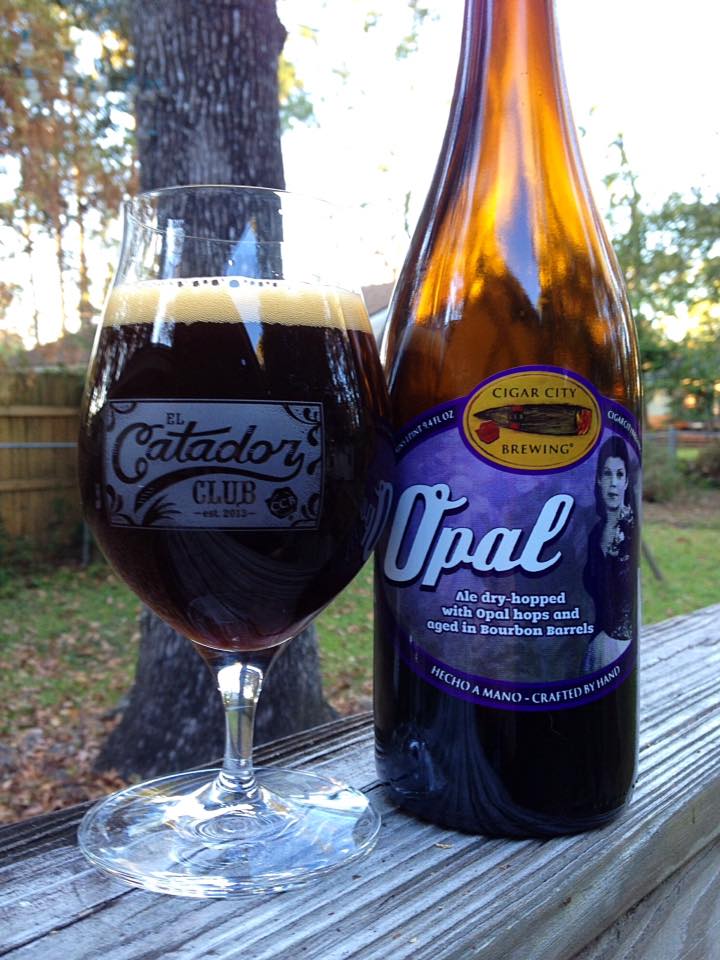 Cigar City Brewing Opal is an Old Ale aged in Bourbon Barrels and then dry hopped with Opal hops. No ABV listed, bottled on 02/26/16, opened on 11/20/16. This El Catador release was brewed in honor of Opal E. Coker, wife of Leon Jay Coker who was honored by CCB with the beer Leon. According to the bottle between the dates of 1926-2010 she was a craftswoman, matriarch, and social worker.

The beer pours with a dark brown color similar to dark prune juice. A nice light tan head to start which slowly fades to a very slight ring. The aroma brings a potent combination sweet dark fruits, huge bourbon, and some mild vanilla and oak. I’m not familiar with Opal hops, but I’m not getting any hop character standing out after nine months of age. Not an overly complex taste profile on this Old Ale, but the taste is impressive. Big dark fruit flavors of figs & dates to start are followed by oak, some vanilla and caramel, a touch of brown sugar, and a lot of bourbon. I’m not sure of the exact ABV, but the warming alcohol burn would indicate it is probably up there.

There is so much to like about this big, warming Old Ale. Yet another reason why I always end up renewing my El Catador membership. 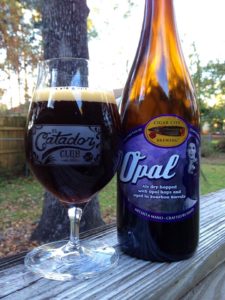