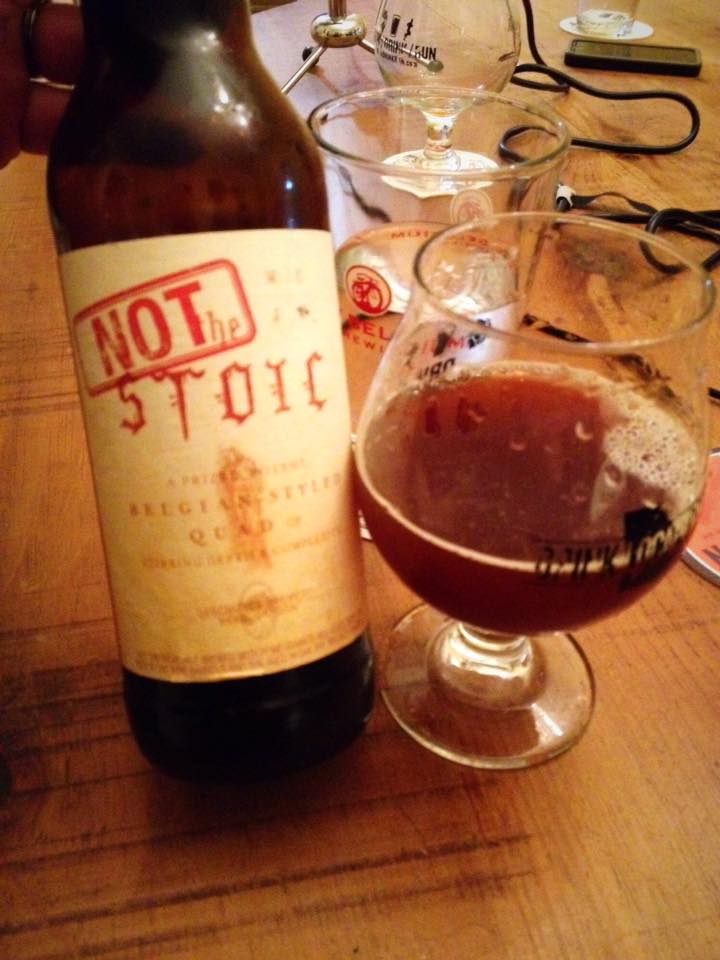 Deschutes Not The Stoic

Deschutes Not The Stoic is a Belgian style Quadrupel brewed with pomegranate molasses, 15% aged in oak wine barrels, 15% aged in oak rye barrels. The beer comes is at 12% ABV, and has a best after date of 04/22/15. I won’t dredge up the back story too much, but it seems there is some rather passionate debates about the quality of the original beer called The Stoic. This was a reaction/retaliation to said opinions.

The beer pours with cloudy purple/brown color, not a lot of head coming from an aged bottle shared between three of us. I get some big fruit aromas from this beer, mostly your typical Quad related dark fruits, but there is little tart but sweet pomegranate coming out on the nose. The taste starts with some rich malt and a little sweet caramel. The dark fruit flavor is on the lighter side with some cherry and mild raisins that is joined by a bit of tart pomegranate. Some mild wine like notes eventually make there way out of the beer, but the rye barrel is sadly gone from the taste if it was ever there. On the “lighter” side for the style both in feel and flavor intensity. (which is not to say this beer isn’t complex).

Big thanks to Lee for pulling this unique Quadrupel out of his beer cellar to share! 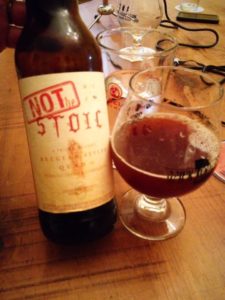