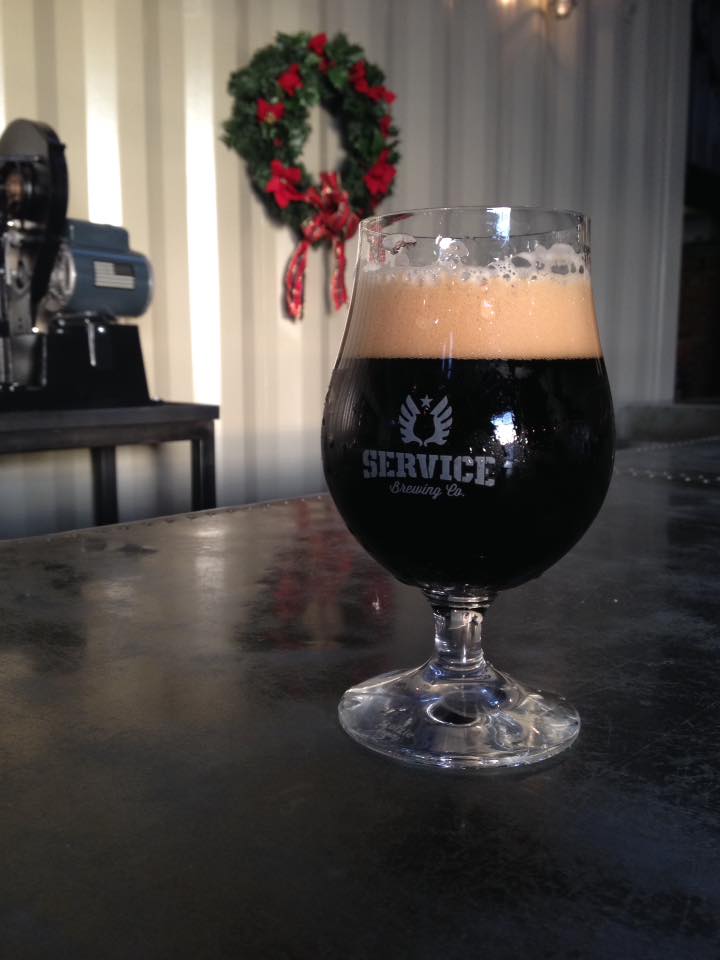 Geek Out Stout is an old favorite of mine from Service Brewing. Geek Out is produced for the Savannah Craft Beer Week’s annual Night of the Beer Geek event held in The Distillery Ale House. This batch, however, was not the one produced for Night of the Beer Geek. This variant was enjoyed so much they brewed up a second batch for The Strong Beer Fest in Atlanta and the brewery tap room. Geek Out Stout is a big imperial stout that they mess with a little for each incarnation. This version was brewed with maple syrup, coffee, pecans and cinnamon. Additionally the mash was sparged with maple water. Maple water is the liquid that comes straight out of the maple tree that is then boiled down into maple syrup.

I’ve had several versions of Geek Out and all have been fantastic. This version is no different. The core imperial stout is a solid example of the style but the flavors from the additives make it even better. The coffee and maple are the dominant flavors and aromas in this beer. In both the nose and the flavor they blend well, complimenting each other. The cinnamon is only subtlety present in the nose and flavor, but honestly I enjoyed the maple/coffee flavors so much I didn’t miss it. The pecans do show up but they hold off until the end expressing themselves as a nutty after note. This makes for a nice smooth end to a rich beer. In the past the beer has clocked in at about 9.5% ABV but this one kicks up a notch at 10.5 %.

Geek Out Stout is another stellar beer coming out of Service Brewing. 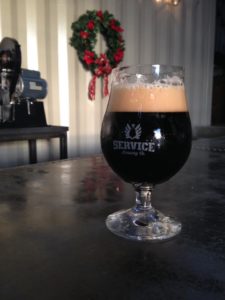