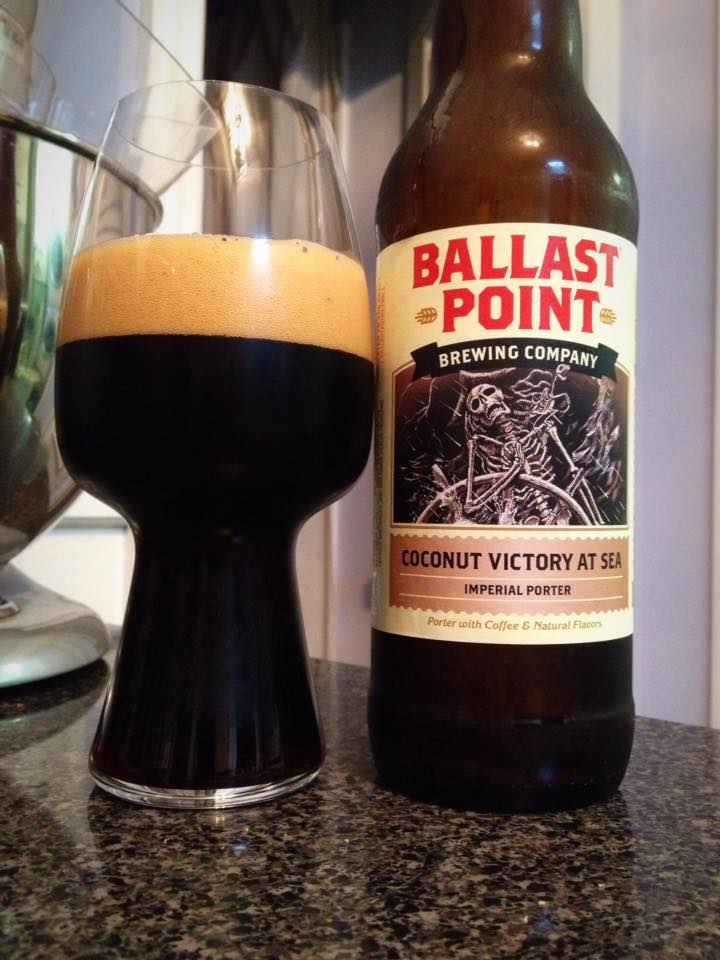 Ballast Point Coconut Victory At Sea is an American Porter brewed with vanilla, coffee and roasted coconut, 10% ABV. Another in a seemingly endless line of Victory At Sea “plus” beers. I’m a pretty big fan of dark beers that incorporate coconut, so a bottle of this one was a pretty easy sell.

The beer pours with a dark brown color and a wonderful fluffy light tan head. Toasted coconut and vanilla dominate the aroma, both unfortunately come off a little artificial; some semi-sweet chocolate lies underneath. The taste is incredibly roasted. The malts, coffee and coconut taste almost burnt with an acrid flavor. I thought the word roasted on the bottle to describe the coconut was just an odd choice, but it is in fact very roasted. The vanilla adds some underlying sweetness to the flavor, but a surprisingly intense hop bitterness takes over on the finish.

I kind of settled into the flavor of this after a while, but this is easily the Victory At Sea variant that I have liked the least. I guess I was kind of expecting something else. 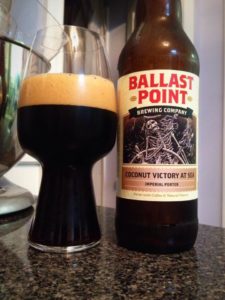