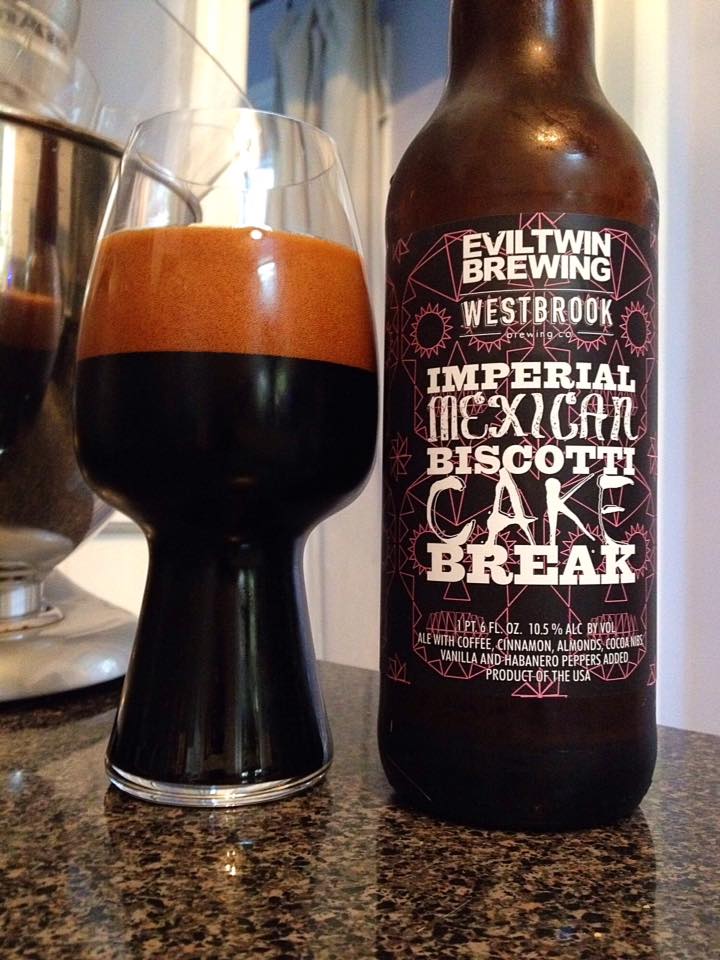 Imperial Mexican Biscotti Cake Break is an American Double/Imperial Stout, with coffee, cinnamon, almonds, cocoa nibs, vanilla and habanero peppers added, 10.5% ABV. There is not a whole lot detailed info about this Evil Twin and Westbrook collaboration on the label, but I believe this is a combined recipe and not a blend of the two beers post fermentation.

Thick and viscous, this stout pours the color of night with a dense dark tan head. Needless to say there is a lot going on here, but amazingly almost all of those things listed above make their way into the aroma. The peppers and cinnamon hit the nose first, followed by some rich fudgy cake, sweet vanilla and medium roast coffee. The almonds seem a bit lost, but that isn’t too surprising with all the big elements to this beer. Right off the bat those almonds come out in the taste along with the vanilla. The cinnamon and coffee blend together while the base to this beer has a semi-sweet dark chocolate flavor. Much like the the 2016 version of Westbrook Mexican Cake, the peppers seem rather muted in the taste. With so much going on I am a bit shocked at how well everything blends together, this beer has a great flow to it.

The BDR crew shared a bottle of this at our annual holiday party (Thanks, Raymond!), but I think I had a bit of “big beer flavor overload” by the time we opened it. Although good, I wasn’t overly impressed that night, but this time around… Wow, this beer is flat out outstanding. This is one of those times when a collaboration between two great breweries doesn’t fall short of their individual reputations, seek and enjoy! 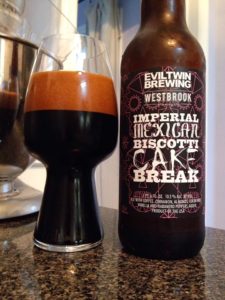