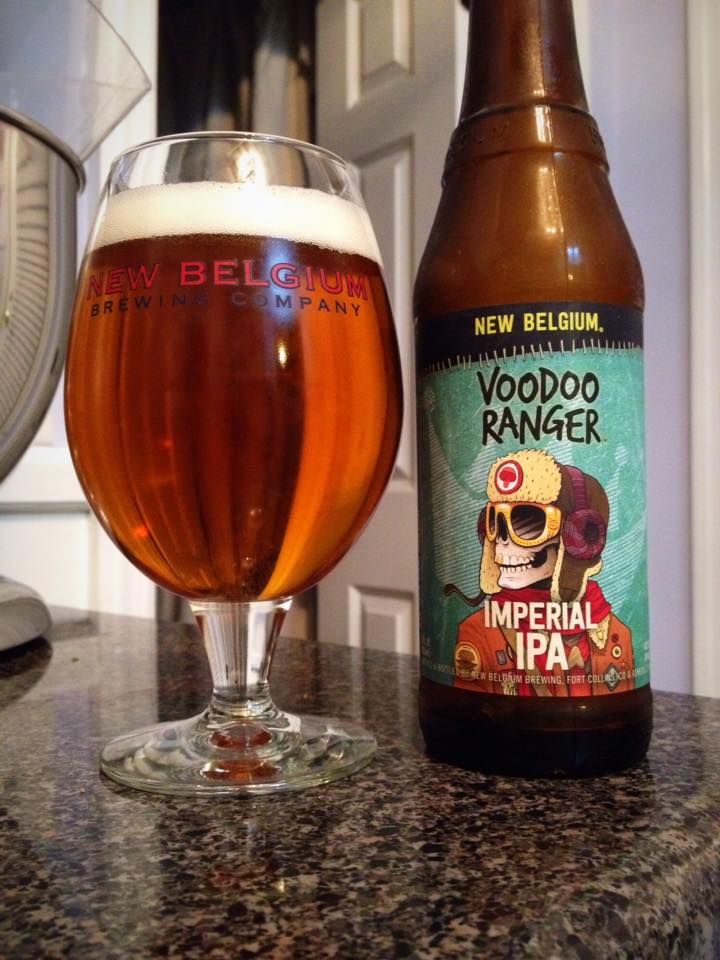 New Belgium Voodoo Ranger Imperial IPA clocks in at a massive 9% ABV, best by date of 04/30/17, opened on 02/07/17. New Belgium seems to change their line-up way faster than I can keep up with. A quick review of the brewery website reveals beers like Ranger IPA and Rampant IPA seem to have been retired in favor of this new Voodoo Series.

At least New Belgium hasn’t succumbed to the trend of overly cloudy IPA’s that look horrible. This is a pristine clear golden color that pours with a nice off white head. The aroma is incredibly mild with some mild notes of pine and cracker malt. Sugary caramel malt lies underneath a strong hop profile on the taste. Spicy pine, grapefruit rind, herbal notes, and a little bit of sweet tobacco and mint round out the taste profile. Maybe only a touch of alcohol heat comes through on this, not tasting like a 9% ABV beer at all. The more I sip on this one the more I like it, maybe a little warming does this some good.

Rampant was never my favorite New Belgium offering, so as far as I’m concerned this is a huge improvement. This isn’t going to be a hard one to come by, no reason to not give it a shot. 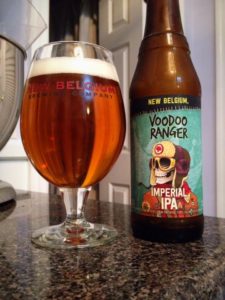